It is hard to imagine a sector much more crowded, competitive and fast paced than gambling. From retail stores and online-only brands, to high profile football shirt sponsorships and flashy TV campaigns, gambling marketing is an ever-present part of modern life.

The industry is, however, in a state of flux. On 1 April legislation came into effect, slashing the maximum limit per spin on fixed odds betting terminals (FOBTs) from £100 to £2. A fixture of betting shops nationwide, the machines have been described as the ‘crack cocaine of gambling’ due to their addictive nature and ability to lose gamblers substantial amounts in a single spin.

The next challenge facing the bookies comes with the start of the 2019/2020 football season and the enforcement of the whistle-to-whistle advertising ban. The ban means gambling ads cannot be shown in the UK during live sports coverage before 9pm, from five minutes before the event begins and until five minutes after it finishes.

Signing up to the ban in December, gambling brands said they were “responding to public concerns” after it was revealed 90 minutes of adverts were shown during World Cup coverage in June and July 2018.

The new football season also marks the introduction of the video assistant referee (VAR) to the Premier League. VAR will review decisions made by the referee with the use of video footage and relay their decision to the pitch, an innovation expected to have a big impact on in-play betting.

It’s simply not possible to compete effectively online anymore unless you can automate as much of your digital marketing as possible.

Unsurprisingly, changes in the UK have encouraged gambling brands to diversify and explore opportunities further afield. The US market is now a key target after a federal ban on sports betting across 46 states was lifted in May 2018, allowing betting companies to take bets on college and professional sports.

Couple with that the increasing interest in esports betting, the rise of women’s sports and the role voice search will play in betting, and you have an industry grappling with the sheer pace of change.

While all these changes will have an impact, it’s the FOBT stake cut that has the potential to disrupt high street gambling brands most significantly, according to industry figures published in the Financial Times, which suggest it could lead to the closure of up to a third of the UK’s 8,500 betting shops.

GVC Holdings, the company behind Ladbrokes Coral, is expected to close around 1,000 of its 3,475 shops following the stake reduction, while William Hill expects to close 900 of its 2,300 high street stores and has written to 2,000 landlords seeking rent cuts of up to 50%.

In many cases, the revenue generated via online betting is eclipsing the retail offer. Paddy Power Betfair, for example, generated £948m in revenue from online gambling in 2018, compared to £331m from its 626 retail betting shops.

Shifting towards a digital-first strategy might insulate gambling operators from the fallout of the UK FOBT stake cut, but it means competing with a host of established digital-only brands.

“The digital landscape over the past five years has changed completely,” says Elen Barber, CMO of the Kindred Group, parent company of 32 Red and Unibet.

“The pace of change that has happened in the online world and online gaming is faster compared to anything else in any other industries out there and that creates a great opportunity.”

Aware of the need to keep one step ahead, the Kindred Group is currently developing a voice-controlled sports betting prototype designed to understand gambling slang.

The technology, insight and techniques being used in the gambling industry makes it one of the most advanced marketing sectors, according to Betway marketing director Paul Adkins. He explains that Betway has channelled “a lot of resource and focus” into its martech stack to ensure it can take advantage of the latest technologies.

“Offering live odds across our digital creative is the easy bit, but it’s simply not possible to compete effectively online anymore unless you can automate as much of your digital marketing as possible,” Adkins explains.

“Whether that’s from dynamic creative optimisation through to AI-driven programmatic media buys, by using this approach, we ensure that we are targeting the right people, with the right message, using the right channel, at the right time, which is crucial to our success.”

For gambling operators, reacting effectively to change means being able to pivot when challenges emerge, such as the impending whistle-to-whistle ad ban.

The ban is welcomed by Iain Corby, deputy chief executive of GambleAware, who explains the charity has always been concerned about the amount of gambling advertising on television.

“So obviously we’re pleased with these new regulations, which will reduce the amount of gambling people see and, in particular, will give parents the opportunity to sit their children down in front of a football match and they won’t see TV gambling advertising.”

The cull in TV advertising means other forms of marketing, from social media to perimeter boards to shirt sponsorships, will need to work harder for gambling operators than ever before.

For Ladbrokes Coral this means shining a light on its YouTube show, the Kick Off, fronted by football influencer True Geordie. Live-streamed every weekend to the True Geordie’s 1.5 million subscribers, the show has “massively overperformed” in terms of new signups, clicks to the Ladbrokes site and money deposited, according to head of social at Ladbrokes Coral, Elliot Hackney.

Speaking at the SBC Betting on Football event on 20 March, Hackney is convinced the show will become “even more valuable” once the whistle-to-whistle ban comes into force.

“We’re actually in the process of getting a Nielsen report into how much that media value of the show actually is to us,” said Hackney.

“We’ve got the sign ups and what those accounts are worth to us. Every season customers are coming back and we have clicks and impressions, the standard social numbers which are huge for the True Geordie.”

Having a strong brand identity is the best way to cut through in a market rife with competing odds and a notorious lack of loyalty, according to Dan Towse, head of brand at Marathonbet.

Also speaking at the Betting on Football event, Towse argued that to stand out as a gambling operator it’s vital to have a strong brand backed up with excellent customer service and a consistent message.

“Brand identity is extremely important. When you think about how cluttered the market is currently, the need to cut through is more difficult than it has ever been and you do need to have that consistency,” he explained.

“More importantly, over and above the tone of voice, is what sits behind the brand. What sits behind your above-the-line stuff is so extremely important for consistency.”

While Marathonbet positions itself for price sensitive, savvy gamblers, Adkins says Betway focuses on three core values – share the thrill, everything is possible and authenticity.

This positioning informed the brand’s new ad campaign – The Hunch – released in December. Adkins wanted Betway to move beyond an offer-focused strategy to something gamblers could relate to.

“Over the years, TV creative in the gambling industry has become increasingly focused on offers. These offers are often delivered through shouty ads that have become stereotyped and stale. The online gambling customer is more sophisticated now and we’ve moved on from where we were previously, which is where the new campaign is focused,” he explains.

“Because everyone can identify with the concept of having a hunch, it helps us to build a more emotional connection with our customers rather than simply barking out offers.”

When it comes to its sponsorship strategy, which sees it partner with football clubs such as West Ham and Roma, the focus for Betway is on achieving credibility, trust and awareness. Adkins believes it is hard to find a sport that can deliver the same awareness and scale as Premier League football, although he says it is important to be clear about what you want to achieve.

“Valuing sponsorships can be a bit of a dark art, like attribution in the digital world, but we have several different models which we use to get as accurate a picture on performance and value as possible,” Adkins adds.

“We do our due diligence and create a bespoke strategy for each territory we enter to achieve our objectives.”

Nearly 60% of clubs in the Premier League and Championship have gambling companies as their shirt sponsors, meaning that while sponsorships can still prove lucrative, it is crucial to find other ways to stand out.

Sponsorship is a “priority spend area” for the Kindred Group to drive awareness across football, horse racing and darts. While Unibet partners with Aston Villa and is the official betting partner of the Investec Derby, 32 Red sponsors Championship side Derby County.

Alongside the shirt sponsorships and match day activations, 32 Red is helping to expand Derby County’s mental health programme, Team Talk. Designed to encourage men to open up about their mental health, the investment from 32 Red will fund five Team Talk hubs across Derby.

Banbury insists sponsorship should provide the opportunity to build a link not just with the team, but with the community.

“If you look at the football clubs we partner with, you can see those clubs tend to be a big deal within that local community,” he states. “It affords us an opportunity to build brand affinity on a deeper level than is possible through some other marketing channels.”

Marketing Week will publish a second feature later this week looking at the three biggest growth opportunities for gambling brands. 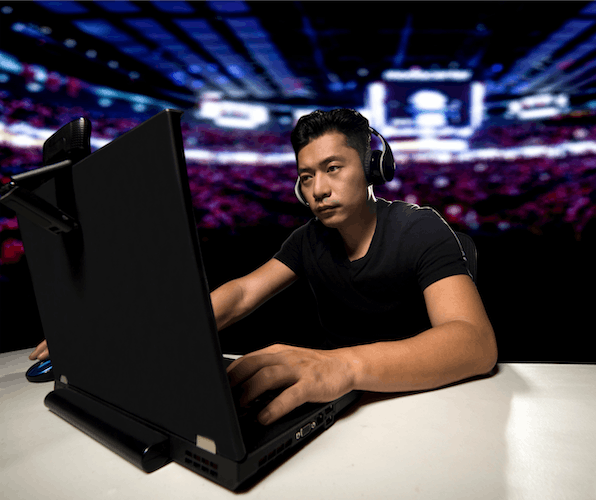 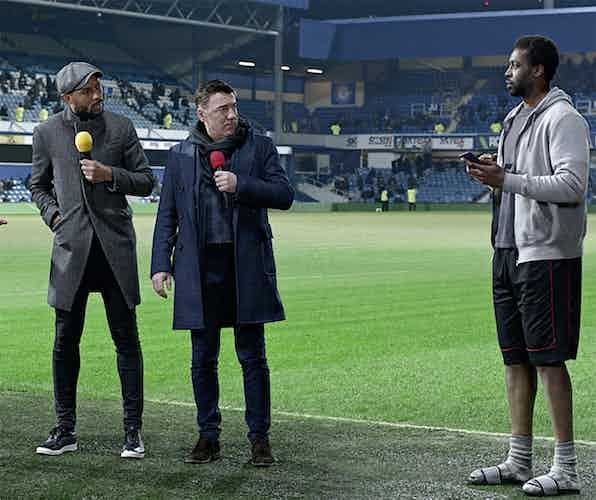 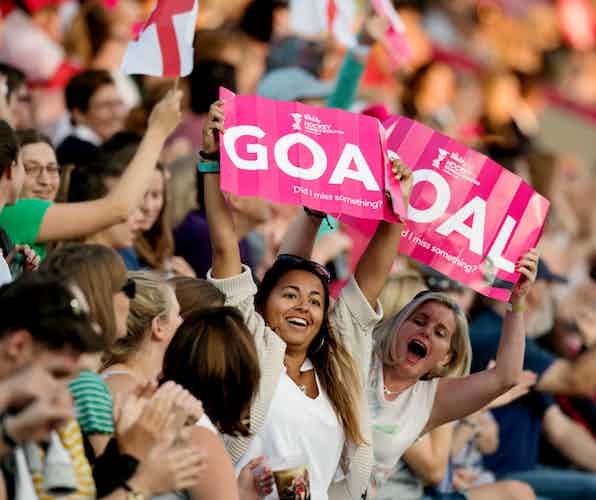