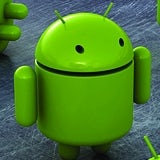 According to ICM Research, 45% of users say they bought an Android handset because it runs on open-source and 43% say apps available for Android are better than those for other smartphones.

It is predicted the Google-backed platform will grow at more than twice the rate of its major competitors this year. Android already has a 25% share of the worldwide smartphone market, with over 20 million shipments of Android handsets globally, according to Canalys.

Mobile manager at the Internet Advertising Bureau UK Alex Kozloff says: “The growth of Android means advertisers need to look beyond just having an iPhone app. Now it’s time to think across all platforms while still considering non-smartphone users too.”

Kozloff adds that Android’s open platform makes it easier for developers to make and launch apps into the market than with the iPhone system because its app market is “more transparent” and “less controlled”.

According to mobile marketing and communications agency Mobext, smartphone penetration in the UK stands at 28%, and it predicts this will increase to 40% by the end of 2011.

Despite these positive predictions, total UK mobile advertising spend across all brands was just £1.03m in 2009, according to Mintel’s latest figures; and although Mobext estimates the figure will be five times this in 2011, mobile advertising budget will only account for under 1% of total brand spend.

Google mobile advertising sales director Ian Carrington adds: “Many businesses don’t yet have a mobile strategy. Moreover, many believe that building an app for one platform is enough for a strategy. I believe it makes sense to focus on the mobile web that every operating system can use.”

Mobile Marketing Association managing director and CMO Paul Berney says for most marketers, it is not a question of which operating system wins the battle but what smartphone growth means in advertising terms.

He adds: “Marketers should be interested in the growth of smartphones full stop [not just Android] as they represent an opportunity to create a richer media experience and a more interesting way of interacting with consumers.”