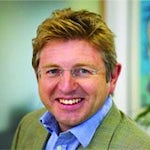 The Guardian’s Changing Advertising Summit in London today (12 October) heard that the mobile web will be particularly influential, given recent predictions that it would outstrip desktop internet use by 2014.

Unilever CMO Keith Weed (pictured) indicated a need to treat digital and mobile channels with the same level of commitment as traditional media, pointing out that there are now more mobile phones than toilets in India.

“Companies like ours are all over television. Are we all over the digital space?” he said, adding that increasing digitalisation and globalisation of consumer markets has contributed to a revolution in media advertising.

Ben Hughes, global commercial director and deputy CEO of the Financial Times, told delegates that 10% of new digital subscriptions to the newspaper’s content have come through its iPad app.

The app has had over 400,000 downloads since its launch in May this year, he adds.

“Those that do not yet believe the iPad is a game-changer need to think again,” he says.

The growth of campaigns across multiple marketing channels, he continues, means that integration needs to be “more than a catchphrase”.

Print also plays its part in this, with the FT’s strategy involving new print products as well as extending the reach of existing ones.

“Media owners need to be platform-agnostic and provide content to all channels where their customers consume it,” he says.

She pointed out that more people are connecting with brands this way than via companies own websites, telling marketers: “With the money you save by not running a campaign on television, you need to hire a few people to take the pulse on Facebook.”

Click here to read the cover feature: Watchdog set to enter uncharted territoryClick here to find out why some brands push the boundaries of ad regulationClick here to see where regulations could be tightened nextClick here to Read the views of experts on the regulator’s expanding reach The ASA The main body responsible for regulation […]

On 15 November, thousands of brands, celebrities, organisations and ordinary people will join The Big March, a virtual march against bullying organised by the charity Beatbullying as part of Anti-Bullying Week. Tamara Littleton, CEO of eModeration, explains more. As brands turn to online environments, social networks and virtual worlds to engage with a younger audience, […] 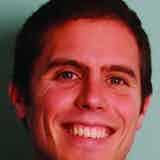 Ben Hayman, deputy managing director, Promise, reveals the five golden rules of co-creation Co-creation is a modern marketing term that is as inescapable as it is ill-defined. Businesses talk about it, agencies sell it, marketers apply the term liberally to virtually any kind of intervention involving customers, from developing a new flavour of crisps to […]