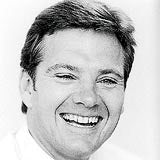 Instead, the three groups are to form an umbrella organisation – the Communications Agency Federation (CAF) – to provide a forum for trade associations in the communications industry, act as a lobby group and co-ordinate joint research projects.

MCCA chairman Matthew Hooper says the CAF will work on training initiatives and establish guidelines for clients and agencies on subjects such as pitching. He adds: “We will also be looking at how we can best work with the Advertising Association, the Advertising Standards Authority and the Committee of Advertising Practice to better police our industry, particularly given coming regulatory changes.”

The decision not to merge follows a report from Mark Boleat of Boleat Consulting, who was commissioned to explore possible options for the three bodies in September (MW September 19).

It is understood that Boleat found that while there were areas of overlap between the groups, there were also fundamental differences in their memberships’ needs. The enormous variation in annual subscription rates is also believed to have been a major bone of contention.