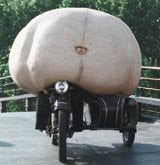 Reebok UK marketing and sales director David Neale has left the company to spend more time with his family. His departure may lead to a restructure of the department, which could see his former role scrapped.

Neale’s responsibilities will be overseen by consumer marketing manager Michael Price until a decision is made. It is not known if Neale, who joined Reebok six years ago, is seeking a new role at present.

In February, Reebok launched a viral campaign aimed at taking on its two rivals. The campaign, which has been hugely successful in the US, features Terry Tate, a menacing American footballer who tackles people that annoy him. Reebok used the character in the US in response to Nike’s streaker campaign, where a naked man runs on to the pitch.

Last year Reebok also widened its marketing remit by launching a strategy targeting teenage girls rather than its traditional male market. It signed up pop singer Samantha Mumba to launch a clothing range and front the campaign.