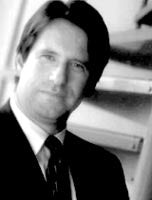 Clive Mishon, former chairman of the Sales Promotion Consultants Association (SPCA), has quit Marketing Drive. He is understood to be in talks with parent company True North Communications about his future within the group.

Mishon started the agency 12 years ago with Mark Timbrell and was president of Marketing Drive Worldwide, responsible for non-US operations. His reasons for leaving are undisclosed but there appears to have been a difference of opinion about his contract, which still has some time to run.

Insiders speculated that Mishon may take a non-executive role at Marketing Drive, but is unlikely to take another role within True North.

Mishon and Timbrell, who had a 50/50 share in Marketing Drive, sold it to True North in February 1998 for an undisclosed sum. Marketing Drive was then named as the agency brand name for a worldwide network of sales promotion agencies.