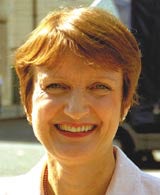 The Government has announced that it does not intend to fully fund a marketing body to promote tourism in England.

According to culture secretary Tessa Jowell, the future of any marketing body to promote England will depend on investment from the business sector.

Jowell described her vision of a restructured marketing body in Parliament on Monday, saying: “a new public-private coalition, focusing on domestic marketing and e-tourism, is the basis for discussion with the industry.”

The English Tourism Council (ETC) was created in 1999 and unlike its predecessor, the English Tourist Board, has no marketing role or budget. Instead the regional tourist boards must market themselves.

Since the foot and mouth outbreak last year and the events of September 11, there has been pressure from the private sector for a central body to co-ordinate marketing functions and prevent duplication.

Jowell said that there will be “radical change” to the ETC and the Regional Development Agencies will play a stronger role in promoting tourism, delivering strategy through the regional tourist boards.

She referred to the recent overseas campaign, overseen by the British Tourist Authority, as a possible template. The &£21m campaign, featuring Tony Blair, is a joint venture between the Department of Culture, Media and Sport and tourism industry partners, including American Express and Avis Europe.

British Hospitality Association chief executive Bob Cotton says he welcomes the idea of a body “with distinct responsibility for marketing England within the UK”, but adds: “It is important to get the funding and structure right.”