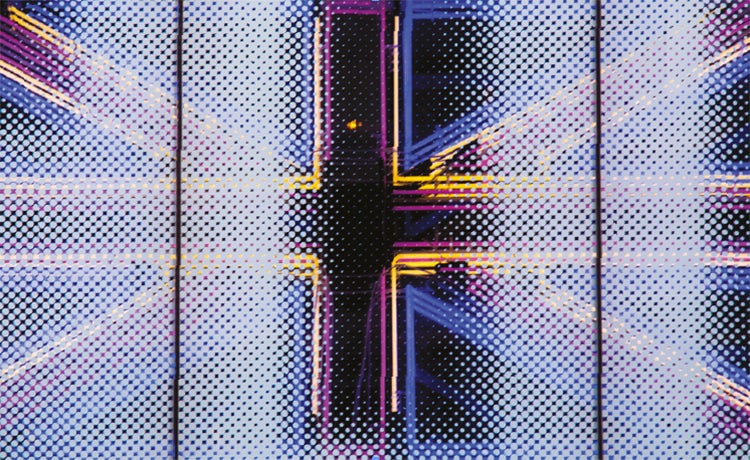 The Government remains in turmoil over its strategy for negotiating the UK’s exit from the European Union, yet with Brexit’s fixed date of 29 March 2019 rapidly approaching, marketers in businesses large and small need to turn their attention to markets outside Europe.

Becoming an exporting business, whether the company is large or small, is theoretically easier now than it has ever been. From innovations in cross-border payments to a wide variety of fulfilment options, customers and brands can access each other with relative ease.

Yet, whatever people’s personal politics, the current uncertainty over what the UK’s trade agreements will look like after next March is unhelpful. The status of the US as a viable market is also in question, as President Donald Trump enacts import tariffs on a range of industries that make their goods much more expensive to American customers.

Despite this, it would seem that the majority of SMEs are taking the bull by the horns and proceeding with business as usual, whatever the future brings. The CIM produced a report in May, which finds 70% of SMEs already exporting goods expect to increase exports over the next three years, while just 4% are forecasting a decline.

Three-quarters of marketers believe their business has the skills to sell its goods in new markets, but just a third have an export strategy. This suggests that while many businesses are ready to start exporting, fewer know how to go about it.

Andrew Newlands, managing director at Honeycomb, the parent company of boutique chocolate brand Monty Bojangles, says: “In the early stages, [the strategy for exports] was very opportunistic, it was me and my smile. Over five years we have moved from that to a more intellectual and strategic approach.” Today, the company exports to the US, Saudi Arabia and China, among others, with export sales reaching £1.8m.

In summer 2017, sales of low-calorie ice cream brand Oppo were 100% UK based. A year later the figure is only 40%, with the rest made up of exports to Germany, the Netherlands, Belgium, the Nordics, UAE, Luxembourg and Serbia. Harry Thuillier, Oppo’s marketing director, admits that shipping to all these territories was part of a cast iron plan, however.

“Serbia was very much an opportunity that just came up. In general, we plan about three years in advance. We will look at the market and see if the healthy/indulgent trend is getting there. We created the category in the UK in 2014 when it was a brand education piece and quite tough. Now, with the sugar tax and healthy eating, we are surfing the wave.”

In China, we’re supporting the market with a full marketing plan, run by me in the UK and supported by local consultancies. That’s vital because it has its own social media platform ecosystem.

Of course, others have had their eye on the export prize from the beginning and rather than building the strategy in an agile way, have gone ahead with a structured plan.

St Peter’s Brewery is one such brand. Chief executive Steve Magnall says it was deliberately set up to be an international beer brand with a view to “send great English ale abroad”. The company now sends its goods  to more than 50 countries, with exports accounting for two-fifths of its overall output.

The English Tea Shop, meanwhile, despite having a British name is actually a business founded in Sri Lanka and while operations remain in the capital Colombo, its export hub is in the UK.

Chief executive Suranga Herath says: “We established in the UK in 2010 because the intent was to build a hub to export from. The tea industry in Sri Lanka is grown from a British tradition. Britishness gave us the product development, the communications and PR for a brand with global appeal.”

Marketing as a partner to product

Although the fundamental ‘Britishness’ of these brands has been part of their export charm, successful marketing of exports depends on addressing the needs of the individual target markets. With regard to alcohol, many of those needs are driven by regulation.

Magnall advises that tailoring to local markets is not just necessary from a regulatory standpoint, it can be used as a brand marketing advantage. In Sweden and Canada, for example, restrictions on advertising the brand has shifted focus to product and packaging.

In Sweden, the product goes through a selection panel and is trialled in some bars. In Canada, the same panel system applies with advisories on packaging formats, in a country where 95% of beer is packaged in cans.

“It’s about being ahead of the curve,” he adds. “Is your export manager checking rates of sale by store and region? Do you know how to stand out on shelf? In the UK, our USP is an oval bottle – no one else has it. In Canada, we went with the can.”

Honeycomb’s Newlands warns against the complacency behind exporting from and to English-speaking nations. The brand’s strapline ‘Curiously Moreish’ does not sit well with US audiences, he says. “Americans just don’t understand our strapline and if you don’t change it, then you haven’t assimilated to the market you’re selling to.” Rather than look to replace it with a US equivalent the brand chose to simply not use it.

It can be daunting enough to enter new markets with a strong domestic brand but having to rearrange some foundational brand assets can be challenging, especially for fledgling brands looking to establish  their identity.

Baby snack brand Kiddylicious, for example, discovered in South Africa that human features cannot be used on the front of packaging, but eyes are a key part of the Kiddylicious brand identity, which has been a challenge for the brand.

Marketing director Dee Bulsara, adds: “Formulations can also change. In the UK, we must have  (Vitamin B1) in cereals but in China it’s banned.”

Fortunately for the business, Chinese brands are particularly receptive to foreign businesses. “Because of the baby milk and food scare a few years ago, they don’t like to buy Chinese baby brands. They trust western ones. We have taken hold of that opportunity and seen great sales growth. It’s currently our second biggest international market.”

Channel marketing is key to breaking foreign markets and, considering the budget constraints of many SMEs at home, let alone abroad, creativity is key.

“In China, we’re supporting the market with a full marketing plan, run by me in the UK and supported by local consultancies,” explains Bulsara. “That’s vital because it has its own social media and platform ecosystem with Weibo and WeChat taking the place of Facebook and Twitter.”

Social media holds a great deal of sway for exporters, particularly in the B2B market, according to Rowan Crozier, CEO of precision components manufacturer Brandauer. “LinkedIn has made a phenomenal difference to the business in the past six months. If I message someone on LinkedIn, they come right back to me. We have also done a lot of strategic marketing via the platform, with blogging, press releases, case studies and market challenges. It’s been huge for supporting regularity of communication,” he says.

For Newlands at Honeycomb trial is key, which comes from spending money in-store. “The more money you spend close to point of sale, the better. Most SMEs don’t have boatloads of cash. Spend money with retailers, or as close to them as possible,” he advises.

Looming Brexit no barrier to trade

Despite the doom-mongering headlines, brands do not seem particularly perturbed by Brexit, with many trying to turn it to their business’s advantage in some way.

Oppo’s Thuillier says: “One of the reasons we [began exporting to] Europe sooner than we might have has been due to the weakness of the pound. It’s good to be selling and getting money in euros.”

Meanwhile, Newlands says he has not sensed any negativity about Brexit, beyond general conversation. “In business there’s almost a keenness because they know [British products are cheaper for European customers].”

Crozier believes it is all about communication, especially for B2B brands. “We wrote to all our supply chain partners to say what we were doing – that we were operating business-as-usual, here is the risk and here is what we’re doing to negate that risk. It’s all about the communication. It’s a very direct piece of marketing and engaging with customers,” he says.

“You should have a global mindset from the very beginning,” Suranga concludes. “Use the resources. Just last week we were in the Philippines for a big media launch. The British Embassy and UK Trade & Investment played an important role. There are lots of resources for people large and small. You don’t need big platforms to go international.” 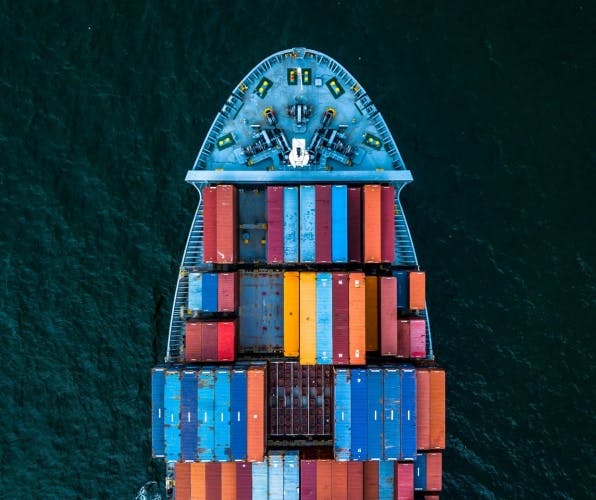 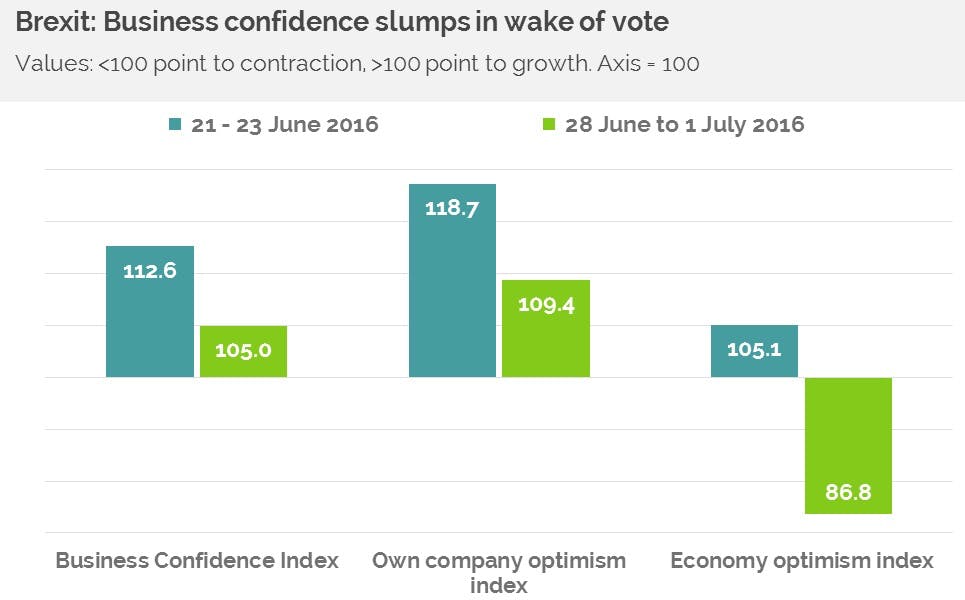 Business confidence has fallen following Britain’s vote to leave the EU as new anxieties over how it will impact the exports market emerge. 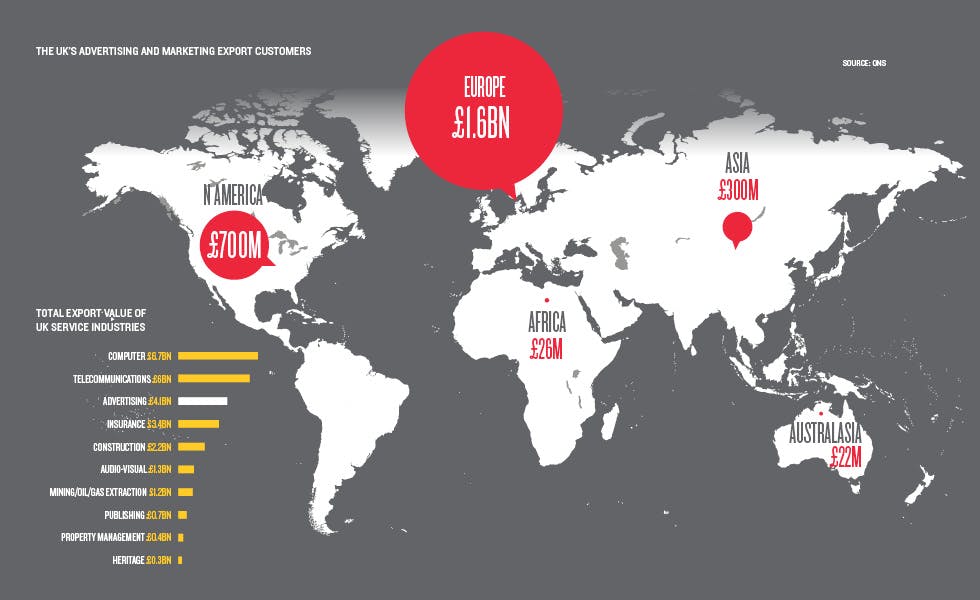 The advertising industry is positioning itself as a significant contributor to national exports as it looks to raise its economic profile. But the whole industry, both agencies and clients, will need to start shouting about its contributions if advertising wants MPs and policy makers to take it more seriously.