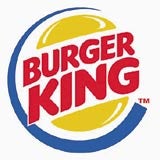 Burger King head of marketing Paul Reynish has been promoted to marketing director. His remit will be expanded to include a more operational role, including having more influence over the fast-food chain’s marketing strategy and implementation in the UK.

Reynish was appointed to head of marketing in January this year (MW January 9) following the departure of Anna Joseph, who quit Burger King just three months after being appointed as the company’s marketing director (MW December 19, 2002). At the time of Reynish’s appointment, the chain denied that there were any differences in the role, despite the different titles.

The move is the third time in as many years that Burger King has appointed a marketing director. However, Reynish’s promotion and senior title suggests that he is seen as a long-term appointment to offer stability to the role. Reynish has been with Burger King for seven years and was previously the senior marketing manager for the chain in Australia and New Zealand.

Fast-food chains have come under increasing pressure to offer healthier options. Earlier this year, Burger King opened its first Grill N’ Go restaurant in the City (MW March 13) as part of a move towards healthier eating. The restaurant offers Burger King favourites such as the Flame-Grilled Whopper, fries and onion rings, but it also sells pre-packaged convenience food and fruit.

In the US, Burger King has introduced a Fire-Grilled Chicken Baguette line as a permanent menu addition. The baguettes have five grammes of fat and 350 calories, and it is understood that the line may be launched in the UK next year.