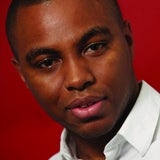 IBM’s global CMO report highlights the growing need for data amid a stuttering economy; with 72% of CMOs worldwide saying budgets are a concern. But when advertising decisions are based on numbers, is the need to be creative lost?

IBM’s global study of 1,700 CMOs reports that more than two thirds of chief marketing officers believe they will need to ramp up spend on analytics solutions over the next five years, to generate improved ROI around social, CRM and mobile marketing channels.

When the economy flails, marketers get nervous. And when sales follow suit, brands stop approving creative ideas and look to data to lead the decision-making process. The implication is that people are no longer making the decision, the data is.

That’s the problem with data. It doesn’t make the decisions, people do. Creative thinking combined with intuition builds brand preference on emotional connections. No measurement tool is going to change that.

Most agencies today have positioned their data offerings to counter this perception, and many are helping brands adapt to new tools to better connect with consumers, to deliver a whole new level of metric sophistication.

Indeed, agencies, AMV BBDO, M&C Saatchi and Albion London, have all launched data start-ups this year with the intention of restoring brand confidence by being willing to measure more and be compensated based on performance.

In an industry that changes as rapidly as advertising, data is the silver bullet to elevate a campaign’s effectiveness by precision targeting. But numbers don’t always tell the entire story. Without creative insight guiding their use, advertisers risk distraction when they confuse interpreting human behaviour with the use of the same metrics as say, reach, frequency and sales.

Albion Cell, Albion London’s stand-alone direct marketing agency, launched last month in an attempt to get the balance between data and creativity right.

One of the disciplines the agency is focusing creative on is social media, due to the wealth of data consumers are voluntarily broadcasting about themselves via social networks.

The need to generate ROI around social media has been cited as one of the main proponents behind the data rush. Indeed, IBM’s report revealed that 68% of global marketers said they felt least prepared for, despite 68% of respondents worldwide saying they plan to increase their use of social media.

Being social media savvy is not the answer. Unless combined with creativity, the data collected is useless.

AKQA did this for the development of this year’s Heineken Star Player app. It let football fans compete with each other as they watched champions league matches by having them predict scores and players’ next moves.

According to James Hilton, Chief creative officer at AKQA, the creative concept was based on real insight after the agency found most people watch football matches at home but weren’t sharing the experiences with each other during the 90 mins. The Star Player’s second round, which launched last month across four global markets, is expected to support 1,200 page views per second. 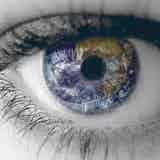 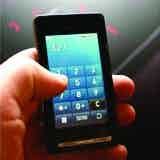 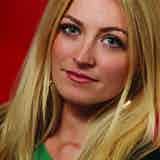