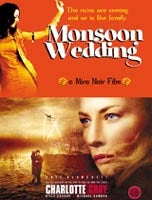 Channel 4 is to axe its standalone film distribution arm, FilmFour, resulting in up to 50 job losses, among them the eight-strong marketing and publicity team.

The redundancies are expected to be the first of a significant number of job cuts that will hit Channel 4, as new chief executive Mark Thompson strives to make the organisation “as lean as it possibly can be”. There are expected to be more than 200 job cuts across the company, but it is not clear whether this figure includes those being made at FilmFour.

FilmFour’s head of UK marketing Lisa Hayes and head of international publicity and marketing Bridget Pedgrift are expected to be among those made redundant by the film distribution company.

It is not clear whether any additional job cuts will be made in Channel 4’s sales and marketing departments.

FilmFour was launched as a subsidiary of Channel 4 on the back of successes such as Trainspotting and Four Weddings and A Funeral, which were managed by in-house division Channel 4 Films.

The Department for Work and Pensions (DWP) has appointed Miles Calcraft Briginshaw Duffy and Zenith Media to handle its payment modernisation business, which seeks to change the way government pays pensions and other benefits. The business is worth an estimated £22m. The agencies presented together and the pitch was overseen by COI Communications. The two […]

Bulmers has promoted its UK consumer marketing director Jon Eggleton to group marketing director, as the cider giant battles against what chief executive Mike Hughes calls a “tidal wave of ready-to drink (RTD) products”. In his new role, Eggleton will have worldwide responsibility for all of its brands, and a seat on the main board. […]