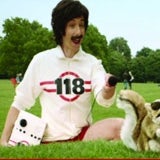 The European marketing director will be responsible for expanding the 118 brands across the Continent, which include Le Numero 118 219 in France and 118 811 Die Nummer in Austria.

The company, owned by Knowledge Generation Bureau, is keen to expand its mobile services, which now include train times, cinema listings and a promise to answer virtually any question its customers can text.

The service, which still uses its iconic runners in its marketing, maintains its market leading position in terms of brand awareness despite closest rivals Yell and BT both releasing directory enquiry-related TV campaigns earlier this year.

Ofcom completed a consultation into the pricing of non-geographical numbers, which include those beginning with 118, in March.

The watchdog suggested such services should simplify their prices in order to prevent customers being excessively charged for being connected to their requested numbers.