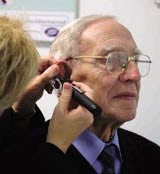 The Government’s NHS Patient Choice policy, which gives people a choice of four hospitals when being referred for treatment by their GP, theoretically creates a whole new marketing channel, bringing with it issues such as advertising regulation.

Hospitals and other care providers now have to compete with one another to attract patients. As a result, NHS trusts across the UK are in the process of reassessing their marketing operations, and some are considering advertising campaigns to make patients aware of their record on cleanliness, waiting times, death rates and the like.

Yet attitudes to marketing vary. University College London Hospitals Trust is in the process of appointing a marketing director, and will run online campaigns. It is even considering a television campaign. But nearby Guy’s and St Thomas’ NHS Foundation Trust says it does not have a dedicated marketing team.

Successful marketing could become crucial as patient numbers influence the funding that hospitals receive, affecting other services such as accident and emergency departments. Raising the marketing stakes even higher, doctors can also offer patients the opportunity to be treated at privately run hospitals and healthcare providers such as BUPA – already experienced advertisers.

The outlay by NHS hospitals on marketing is also proving controversial, and some healthcare chiefs have expressed concern about the use of public money for marketing, rather than medicine. University College London professor of public health Allyson Pollock says diverting funds to marketing would be a “scandalous waste” of resources.

The chief executive of one Midlands trust says that cash-strapped bodies will find it hard to free funds for marketing, and believes whatever marketing does take place is likely to be aimed at GPs, rather than at patients.

He adds that the impact of Patients Choice will be felt mostly in urban areas, where there is a choice of nearby hospitals. Patients in rural areas are often unwilling to abandon their local hospitals for fear of losing them and because the alternative is often a long way from friends and family, he says.

Whatever hospitals choose to do, they are at present free to advertise like any other organisation or company, according to the Advertising Standards Authority. The Department of Health is preparing a new framework of guidelines, due to be published next month, to oversee the new state of affairs.

But some observers believe the result of the new policy could be a situation like that now seen in the US, where many hospitals hire specialist advertising agencies. Pauline Mayer, president of New York-based healthcare marketing company PTM, says most hospitals in the city run print, poster and even TV campaigns. “They might advertise a new cardiovascular centre, or put forward generic ads saying they are available to help patients. And it is effective,” she says.

Mayer, who has worked in the medical marketing sector for 25 years, says that in New York competition between hospitals is fierce, although the marketing “war” has never got out of hand. “We have never been asked to provide anything that’s going to offend another community hospital,” she adds.

Whatever the long-term results of the new policy, it seems that marketing departments will now have a more significant, and possibly controversial, role in the NHS.