Definition: Sharkonomics is the name of a book by Stefan Engeseth. It describes how businesses are stealing market share from the leading brands – and says that those companies need to fight back.

Lucy Handley’s definition:
Sharkonomics seems to be another term in the long line of made-up words using -onomics, straight out of the jaws of Likeonomics (about how liked businesses do well) and Freakonomics (on economics being a study of how people get what they want or need).

The term, also the name of a book, covers how brand leaders are falling prey to ‘sharks’, eg other brands that want to steal market share.

“In nature, sharks have to move to survive,” says the book’s author, Stefan Engeseth. “But in business most market leaders do not, because they are stuck in history – and eventually become shark food. Sharks don’t perform by producing endless PowerPoints; they bite into market share.”

Readers are also treated to sentences like this: “Market leaders often claim their defence is state of the art until they are bleeding in the water. Bad defence can trigger sharks to attack. Acting like a victim will put even the mightiest on the menu of a predator.”

While the analogies are terribly laboured, they should certainly get CMOs thinking, as the book picks up on common mistakes. To start planning long before you are attacked is a good tip, but finding your blind spot is more important.

The Sharkonomics defence list includes another crucial point and this is my favourite: Move or die. To me this does not mean changing so much that your company is launching loads of new products and going off on a tangent; it just means that a business must always put itself in its customers’ shoes, see where they are going and move as they do.

Definition: The ‘grey zone’ is a familiar idea with an obvious explanation. It’s what you get halfway between black and white – and it is now being used to describe the area where the best ideas come from.

Michael Barnett’s definition:
In most walks of life we think of grey as a negative thing – a murky area of troubling uncertainty. Most of us try to avoid grey areas because we prefer to know exactly where we stand. Tax advisers are a notable exception – they love them because they’re paid to find them.

Another group appears to be marketers. Eager to put a positive spin on things, they have turned the grey area into a ‘zone’ – a source of opportunity. In business contexts, marketers are increasingly thinking of it as the area where the best ideas come from.

A grey zone exists where something falls between two well-defined but very different areas, or otherwise where they overlap and no one’s quite sure who owns the middle bit. Frequently, the grey zone is used to refer to the area between business and technology. Those able to think and work in grey zones can spot new ways in which the two can work together, and can communicate to each what’s important to the other.

Does this idea have a future? Well, like most buzzwords, it’s a recently coined name for something old. It seems similar to ‘thinking outside the box’, and woe betide anyone who uses that phrase unironically. Or it could just be thought of as avoiding its opposite – the well-worn ‘silo’ mentality.

The truth is that business visionaries have always been able to spot where grey-zone thinking can serve an unmet need. The reason we’re not all already doing it is that businesses still need to take care of the black and white. Not everyone can replicate the late Steve Jobs.

Definition: It’s a posh way of saying crowdsourcing, which is about getting your potential and existing customers to co-create products, services and campaigns.

Russell Parsons’s definition:
There is a strong argument that participatory marketing is the first postmodern marketing buzzword. It not only replaces a well-worn term in crowdsourcing but, in the theory behind it, appears to encapsulate a panoply of marketing-phrase staples.

Participatory marketing “makes a new kind of marketing possible”, according to one online cheerleader. One, it seems, that involves delegating pretty much all of your marketing to prospective and existing consumers.

The rise and rise of digital, in particular social media, is the driving force behind the uplift in participation. Brands are seeking ways to involve customers in the promotion and design of the product.

This has been done to date by facilitating online advisory boards for consumers to share their thoughts on life, the universe and everything (as long as a line can be drawn back to the brand) and co-creating products, services and campaigns with consumers (the former beloved of car marques at the moment).

The world’s biggest advertisers have all had a stab at it – Procter & Gamble, Nestlé, Unilever and Coca-Cola to name just a few – all pinning their masts to the brave new world that renders us all marketers now.

When such marketing giants as those have shown such faith in participation, there is a temptation for all marketers to start dropping the P word at every opportunity

As a concept, therefore, participatory marketing is here to stay. As a marketing term, it is likely to evolve as the need to find new ways to describe the same thing kicks in. The marketing exchange anyone?

Definition: The F-Factor has been coined by agency Trendwatching and describes how friends, fans and followers are influencing purchasing decisions via social media.

Jo Roberts’s definition:
Does your brand have the F-Factor? I like this term because it’s essentially ripping off Simon Cowell’s the X-Factor but for brands. See what the trends agency did there? Clever, huh?

Now I’m going out on a limb here, as I haven’t actually heard this term in conversation yet. But it is something that could definitely reach the boardroom. And in any case, it highlights the changing nature of how people seek out brand recommendations.

Buying on the basis of a recommendation is nothing new. But the advent of social media has helped the process of essentially showing off about something that you’ve bought or experienced much easier. And, if you’re one of those who just wants to find out about the best kettle/toaster/holiday home, then it’s much easier to find out what other people have purchased and enjoyed.

Facebook – (see, another ‘F’ – the buzzword is looking smarter by the second) – is at the heart of the F-Factor. There are more than 900 million active users who spend more than 10.5 billion minutes per day on the site.

So when you ask if your brand has the F-Factor, you are basically asking yourself if the product or service that you work for is so good that others will want to recommend it.

If it doesn’t make the grade you’ll have to don your best Simon Cowell crisp white shirt, grow a hairy chest, casually undo one too many buttons and say to your company: “It’s a no from me” and go and work for a brand that does have the F-Factor. 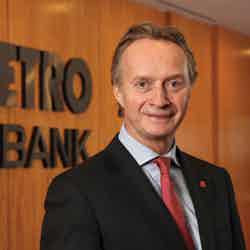 Metro Bank chairman Anthony Thomson tells Michael Nutley how he used the retail model and his experience as a marketer to create a customer-focused business that is like no other bank. 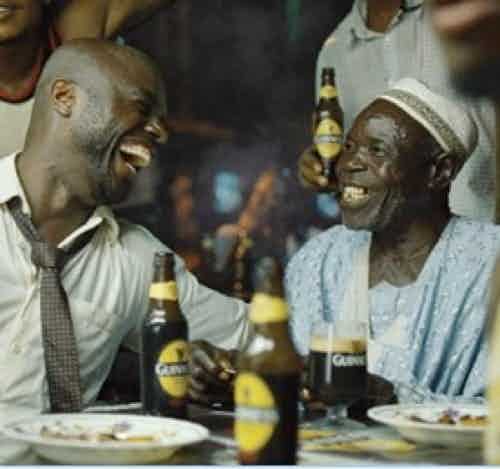 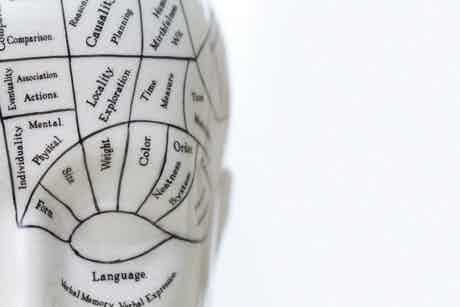