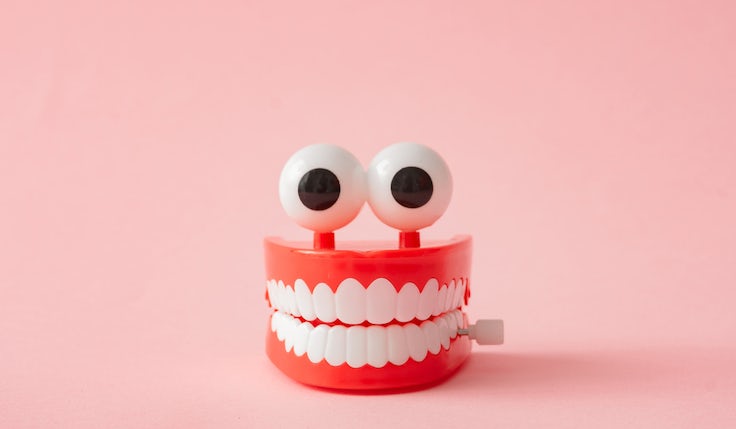 Amid the trauma and chaos of the Covid-19 crisis, there’s an argument that marketers could be missing a trick – and that’s humour.

Yes, the times are tough and uncertainty is rife within organisations around the world, but Tom Fishburne – aka the Marketoonist – insists humour can be an “act of empathy” and is one of the most effective ways to communicate with an audience.

“There’s an old Vaudeville expression that laughter is the shortest distance between two people and I feel like that’s a really important thing to keep in mind when we’re thinking about connecting with audiences,” he said, speaking on day three of the Festival of Marketing.

“There’s fear that comes with that, because what if it backfires? What if it doesn’t land right? What if it’s considered offensive? That’s a real fear and a lot of what that relates to is this sense that all forms of humour are the same. In reality, there are lots of different types of humour and some are much more likely to generate a positive response than other types of humour. I feel like empathy is the way into that.”

Fishburne cited recent research from Kantar UK managing director of insights, Dom Boyd, who argues that people don’t want ad breaks “filled with reminders that life is tough”. Boyd’s analysis of more than 200,000 ads over the past two decades found that a typical advert 20 years ago is twice as likely to have some form of light-hearted humour as an ad running today.

If you start with empathy, you’re more likely to end up in a place where the humour resonates positivity with the audience you’re trying to connect with.

“That’s been a generalisable trend, but it’s been exacerbated this year. Boyd feels that it’s a missed opportunity. He looked at IPA effectiveness data and the correlation of humour towards ads that are effective, and feels like it’s a miss to not have humour as part of how we think about communicating,” Fishburne explained.

The Marketoonist urged marketers to think about humour in a more nuanced way and consider the work of Rod Martin, professor of clinical psychology at the University of Western Ontario, who studies humour. Looking at the different ways humour can both lead to – and detract from – positive mental wellbeing, Martin has defined four primary types of humour.

“It’s affiliative humour that I really want to focus on. There’s a spectrum of sorts with these types of humour. Affiliative humour is both high empathy and it’s focusing on others, which means there’s a shared humour among an audience you’re trying to connect with. That is a beautiful starting point,” said Fishburne.

“If you start with empathy, you’re more likely to end up in a place where the humour resonates positivity with the audience you’re trying to connect with.”

He argued that humour engenders three specific behaviours – a sense of belonging, of being disarming and offers us the chance to be vulnerable. In this sense, marketers can use humour to lighten the tone of what they’re trying to communicate and reveal more of the positive characteristics of their brand.

While lockdown has sidelined a sense of fun for many brands, several campaigns have impressed Fishburne with their use of empathetic humour.

Take beer brand Coors Light, which played on the shared insight that everyone is having the same “terrible Zoom meetings”, which often involve a speaker giving a dry presentation in front of a virtual background that’s “totally untethered from reality”. Coors Light is now running a competition to win a trip to the background you’ve been staring at for months – once travel opens up again.

Then there’s Old Spice riffing on the idea of quarantine hair, and Ikea offering instruction manuals on how to make Swedish meatballs or the best way to alleviate family boredom.

Fishburne also applauded the way Emily Veg Crisps injected some fun into its first outdoor campaign scheduled to run during lockdown, admitting: ‘Our first ever poster, seen by a runner and one pigeon. Typical’

“It’s a great chance to use humour in a self-referential way, but obviously playing on the situation we’re all in. It’s an example of how humour can be a way to disarm,” he said.

There was also a special mention for San Francisco-based fashion brand Betabrand, which took its existing ‘dress pant yoga pant’ product and hosted an at-home fashion show, encouraging customers to take videos of themselves on the catwalk in their own living rooms. The brand even staged an award ceremony for the best looks across a number of different categories.

Tom Fishburne was speaking at the Festival of Marketing, which is taking place online between 5 – 9 October. All sessions, including Fishburne’s, are available to watch on-demand for those with a digital pass. To buy a pass visit www.festivalofmarketing.com/buy-your-pass.