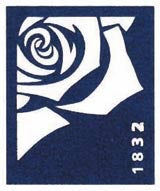 Friends Provident says Marketplace will look at advertising, direct mail, product literature and online communications. The appointment was overseen by the Haystack Group.

The company is keen to play down suggestions of a rebranding, although last year it rebranded its fund management arm, Friends Ivory &amp; Sime, as ISIS Asset Management.

Marketplace development director Ashley Goodall says the focus will be on strategic evolution.

Friends Provident is also reviewing its creative agencies, to reduce the number on its &£6m account, ahead of a possible brand campaign later this year (MW June 12).

Unlike bigger rivals such as Prudential, Norwich Union, Standard Life, and Friends Provident has not run any brand advertising campaigns. It prefers to advertise individual products, allowing each part of the company to use its own agency. Because of this, it has more than 20 agencies of record.

Last month, credit ratings agency Standard &amp; Poor’s downgraded Friends Provident, because of concerns that as a mid-market player it would lose out to bigger and stronger brands.

Friends Provident, founded by Quakers in 1832, demutualised in 2001. Since then, it has pursued an aggressive growth strategy.