Five years ago, as Sharp watched the infamous Northern Rock implosion on TV, he was struck by two things. First, the length of the queues of customers lining up to withdraw their savings from the imperilled bank and, second, the fact that many of the people lining up were carrying an M&S shopping bag. These were his customers and clearly M&S could, if it wanted, step in.

It’s taken half a decade but M&S has finally decided to engage in a classic brand extension strategy and open its own bank. Fifty in-store branches will roll out over the next two years, beginning next month with its flagship branch at the fabled Marble Arch store. To begin with the branches will offer just the existing financial products currently carried under the M&S Money brand such as savings accounts, credit cards and loans. But by September, M&S will be offering current accounts and, by the end of the year, mortgages.

So will it work? Are customers really going to jump at the chance to match their underwear with their overdraft? The classic rules of brand extension suggest that M&S may well be successful in its new venture. Steve Sharp’s initial gut insight might once again turn out to be a solid strategic move.

For starters, there is the M&S brand. You literally cannot extend a brand without brand equity and M&S has bucketloads of the stuff. It has 98% aided brand awareness among the British adult population. More importantly, the brand associations for the retailer are strong, differentiated and extraordinarily widely held.

For generations M&S has been a brand associated with quality, service and value. Those may sound a little generic to 21st century ears but, and check this with your mum, long before there was Apple or Virgin or Burberry – there was Marks & Spencer and its name was a legendary source of trust and value for British households.

The brand has a loyal and devoted customer base of some 21 million shoppers. Around 15% of that market is already using one of the financial services that M&S Money already offers and the attraction of opening up physical branches means that the proportion of the financial services that these 3 million customers use can be extended and more of M&S’s loyal customers might follow them into banking.

As M&S chief executive Marc Bolland put it last week: “This bank will be built on M&S values: putting the customer at the heart of the proposition and delivering the exceptional service that sets us apart from the competition.”

The competition is the other part of the brand extension puzzle that also points in the right direction for M&S. Too often brands make the strategic error of assuming that just because their brand is strong and its associations will enable them to stretch into a new category, the company should extend its brand. Remember Lucozade Cola? HMV’s download site? Cosmopolitan Yoghurt? In theory, all of these brands added value to their new diversifications. But in practice, these are attractive categories dominated by big incumbent brands with big budgets and even bigger brand equities to depend on to defend their market share.

When I counsel brands that are considering a brand extension, I encourage them to think about two things. First, will their brand equity open the door into the new category? And second, how tough are the competitors waiting behind that door that they will have combat in order to make money?

M&S has good reason to feel both challenges can be met. For behind the door of retail banking is a £10bn market dominated by four enormous but increasingly vulnerable brands. Lloyds Banking Group, Royal Bank of Scotland, HSBC and Barclays are among the most detested names on the British high street. In the most recent survey of the most hated British brands by Online Opinions, two of those brands, RBS and Lloyds, finished third and fourth respectively with more than a third of the population nominating them as the brand they most despise above all others.

According to a recent national survey, 18% of the British population would not recommend their bank to anyone and the research suggests that customer dissatisfaction is growing. Contrast this market with the rest of the high street where growth opportunities are tight and the competitor brands are relatively well-liked and it’s clear why M&S fancies a foray into banking.

And there is one more reason to suspect that banking might prove to be a profitable diversification for the brand – M&S already has proven pedigree in this sector. Thanks to M&S Money, the retailer has been successfully expanding its financial services for almost 30 years. Last year, it made over £50m in profits from financial services. That’s already 7% of the retailer’s total profits and clearly something that Bolland and his team feel they can improve on. 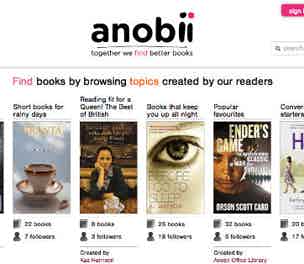 Sainsbury’s has bought a 64% stake in e-book retailer Anobii in the next phase of its move into the digital entertainment market.

I have been doing some work this week on our key brand messages for the year. As I may have mentioned, I work for a global brand whose roots are not British, and one of the requests of my board is to accentuate our (non-British) heritage while making it clear that, unlike some of our […] 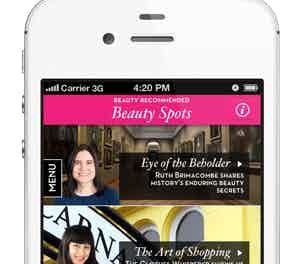