Marks & Spencer has enlisted the help of Paddington bear for a “feel-good” Christmas campaign that it hopes will offer customers a break from reality and prove to be both a creative and commercial success.

Tying in with the launch of the new Paddington film, the campaign, created by Grey, sees the well-known bear unknowingly save Christmas for friends and neighbours when he mistakes a burglar, who has stolen everyone’s presents, for Santa. He goes about diligently helping him deliver the presents back where they belong, at the same time showing the burglar the error of his ways.

M&S’s marketing boss Patrick Bousquet-Chavanne says the aim was to create a campaign that was “disruptive, memorable and commercially impactful”.

And speaking to Marketing Week at a screening of the ad yesterday (6 November), he added that he hopes the campaign will offer a “break from reality” for customers after a difficult year for UK consumers amid rising prices, inflation and interest rates.

“We have to break through that mood of the nation, which is why the campaign plays into something much warmer and more heartfelt. As we see every year, people do want a break, a little bit, from reality and this is what the campaign is supposed to provide them with,” he explained.

“But it has to go beyond the feel good because there is a commercial objective behind it. Unquestionably. Last year we were able to balance both sides – an epic moment as well as great commercial results. This year I really expect the same. We are ambitious in terms of like-for-likes and I want to make sure the traffic comes to the stores.”

Following on from the launch of M&S’s new brand positioning, ‘Spend It Well’, this Christmas campaign will be the retailer’s most integrated yet, running across all aspects of the brand.

The 90-second festive spot launched online at midnight and will air on TV this evening (7 November) during the Pride of Britain Awards on ITV. It is accompanied by 60- and 30-second versions, as well as vignettes and gifs created for social media that will look to tell Paddington’s story and highlight key retail moments – such as when shoppers start hunting for decorations and buying gifts.

A hashtag, #LoveTheBear, accompanied by its own paw emoji, will thread through the campaign and encourage engagement, while M&S is creating bespoke content including Paddington’s first ever interview on the retailer’s Style & Living hub as well as marmalade-themed recipes. M&S is also running the ad at Paddington 2 cinema screenings in the so-called ‘gold spot’ – the last ad before a film shows – through a partnership between its media agency Mindshare and Digital Cinema Media.

M&S is also hosting private screenings of the new Paddington film both for members of its Sparks loyalty scheme and in the communities it helps through its Plan A sustainability programme.

We have to break through that mood of the nation, which is why the campaign plays into something much warmer and more heartfelt.

In-store, there will be widespread activity, including a golden Paddington bear in every shop window, and M&S’s first dedicated campaign shop that will host more than 90 themed products including kidswear and food such as marmalade and chocolates. The story of the ad has also been turned into a book, Paddington and the Christmas Visitor, that will cost £3 with all profits going to charity.

Bousquet-Chavanne says driving customers in-store is a key measure of success. The retailer is hoping to create experiences and events that will attract customers, while in December a team of ‘Moment Makers’ will be on-hand to surprise customers with random acts of kindness, such as free marmalade sandwiches in the café and a Paddington chocolate at the till.

“I hope we get great traffic in stores on the back of it, we saw that last year after Mrs Claus. There needs to be a compelling reason now to come to stores. In a very convenient world where you can buy online, where sometimes shopping can be stressful at Christmas, the campaign has got to urge you to discover something different,” he explains.

“If you bring the entertainment to the stores that is one reason why the customers will come with family members and shop together, that is what the ambition should be.” 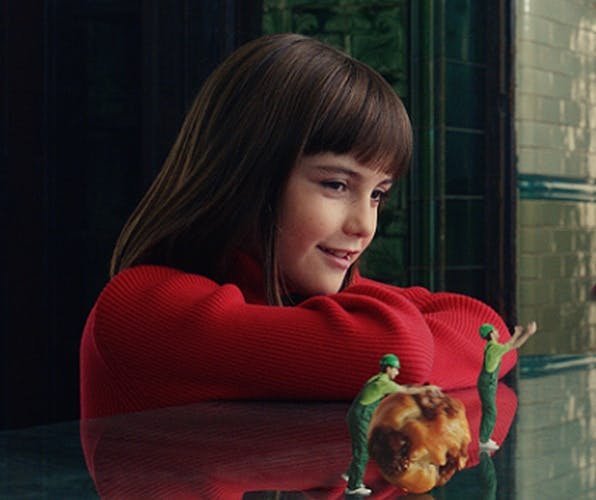 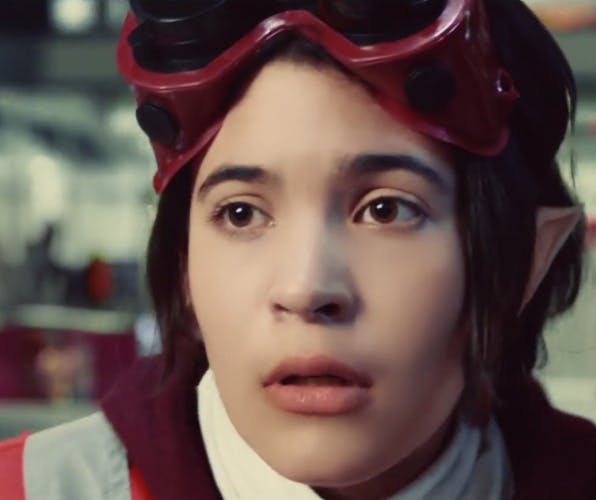