2013’s effort was immensely successful, awarding Marmite with Brand of the Year at Marketing Week’s Engage Awards in 2014 and leading to double-digit sales increases for the brand after years of decline.

While the return of the campaign is certainly an attempt to build on that sales success – the campaign saw the brand’s value sales increase by 14% year on year in the eight weeks following its launch – it is also an effort to reach those who didn’t see the campaign the first time or want to see it again.

The revamped effort uses the same creative as the £2m 2013 campaign, which parodies animal rescue programmes by sending teams into homes to seek out “neglected” jars of Marmite in people’s cupboards. The idea came from customer insight that showed a large amount of Marmite consumers were forgetting about the product at the back of their cupboards.

Joanne O’Riada, brand manager for Marmite at Unilever, told Marketing Week that the choice to bring the campaign back with the same creative was based on the reaction the first time around.

“The results from the 2013 campaign were unprecedented, and we didn’t feel it was the end for neglect,” she says. “We have a huge social community and they were so engaged and always asking for more, so we wanted to come back, replicate the success and build more excitement.”

This time the campaign is promoted by a “heavyweight” social media and PR strategy, which compliments the spot by looking to “end Marmite Neglect once and for all”.

“Last time, it was a new approach and message for us, so we needed to put more investment behind the creative,” O’Riada says. “This year, our investment is strong but we’ve got a different job to do. We felt there was more neglect happening since we’d gone off the air, and we needed to readdress that.”

The brand launched a 60-second digital teaser on its social media channels warning of an imminent “full-scale Marmageddon” ahead of the TV launch for the campaign on 12 January.

“The aim of the teaser was to heighten the awareness of Marmite Neglect and encourage consumers to join the social media conversation,” O’Riada says.

The 30-second TV spot will run until the beginning of April, but the brand hopes the campaign will continue buzz surrounding Marmite Neglect throughout the year.

“There’s a lot more to give with the Neglect campaign,” O’Riada says. “People want to see more from it, and we’re excited to have it back on TV.”

Not only do sales prospects continue to increase, but perceptions of the brand are also on the rise.

BrandIndex data from YouGov shows that the overall “Index” of the brand, based on a survey of consumers surrounding factors such as “Impression”, “Quality”, “Value”, “Reputation” and “Satisfaction”, rose by 7.1 points year on year to 20 January 2015, moving it to sixth place from its previous ninth spot.

The data also shows that the “Buzz” surrounding Marmite, which includes positive or negative messages consumers have heard through news, advertising or word of mouth, rose by 4.2 points year on year, giving it the top rank in the category.

Marmite is bringing back the “End Marmite Neglect” campaign in the hope of repeating its 2013 success, which saw it post double digit sales increases. 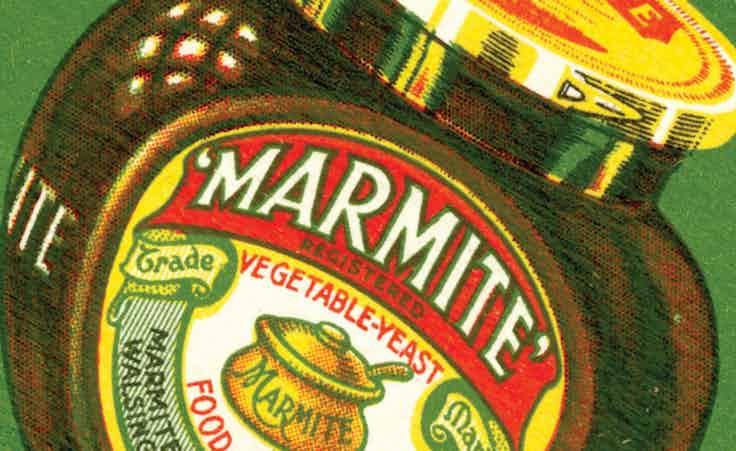 Follow Marketing Week on a photographic tour of all things Marmite, in honour of the Engage Awards Brand of the Year 2014