If you are a frequent traveller, you have more than likely stayed at one of Marriott International’s 6,700 hotels around the world.

The company operates 30 brands, including Ritz-Carlton, Sheraton and W Hotels following its mega-merger with Starwood in 2016, spanning 130 countries. But despite its size, Marriott’s global marketing officer, Karin Timpone, remains realistic about where the brands fit into the average travellers’ mindset.

“The interesting thing is even though we’re 30 brands we’re still a relatively small piece of overall what consumers are using in travel because there is so much choice,” she tells Marketing Week.

Marriott is trying to simplify that choice by bringing its brands together under one loyalty programme, Marriott Bonvoy. The aim is to create a cohesive story for travellers, optimise rewards and streamline consumer choice.

Timpone explains: “We have put the loyalty member at the centre of what we’re doing. We’ve created a way to navigate across our portfolio, driving to our channels on Marriott.com and our app which is more expanded than ever before.”

READ MORE: Rethinking loyalty – Why brands are starting to reward the right type of behaviour over spend

The programme, which includes a new app, offers a reward plan for the hotel company’s most loyal customers while also highlighting its offering. For example, it allows users to search by location rather than brand so it can showcase all the options across its portfolio.

“There are many brands that don’t have the Marriott name on them so we want customers to realise [that those brands are part of the group] while also marketing individual brands. We think that by making customers understand what Marriott Bonvoy is they’ll have the ability to discover those brands and around the world satisfy more needs,” Timpone explains.

The umbrella programme has been in the works since the merger with Starwood. A huge piece of work, it brings together Ritz-Carlton Rewards, Marriott Rewards and the Starwood Preferred Guest scheme and was quietly rolled out last August without a name.

Timpone explains: “We’ve been on a pretty good cadence of updates if you go back to 2016 when we merged with Starwood. From the very first day of the merger we were saying these things are going to come together in some way.”

It hasn’t all been plain sailing. Trying to manage expectations of a huge range of travellers and combine separate schemes into one programme hasn’t been without critics. While Marriott claims that on average people will receive 20% more points under the new scheme than the old one, there are some, particularly on SPG, who lost out.

There was also a high-profile data breach that impacted 383 million customer records in late 2018.

There have also been some raised eyebrows over the name, which was revealed earlier this month as Marriott Bonvoy. It takes inspiration from the French phrase ‘bon voyage’, while Timpone says it also evolves the programme beyond simply accruing points and is a “sign of a broader travel programme focused on experiences.”

That shift away from product and towards is experiences is one that can be seen across the travel landscape, and brands more generally. In travel, people no longer just want a comfy bed to rest their head, they also want to explore new places and try new things.

“There is an overall move to have life experiences versus stuff,” says Timpone.

That means Marriott Bonvoy doesn’t simply focusing on offering discounted rooms or offers such as get the 10th night free. A new ‘Moments’ feature offers Marriott’s most loyal customers a range of 120,000 experiences across 1,000 destinations globally, ranging from local tours to the chance to attend the Oscars. To do that, it has deals with a huge scope of partnerships, including Universal Music Group and the NFL.

The most recent addition is a multi-year partnership with Manchester United. It gives Bonvoy’s 120 million members exclusive opportunities to bid for football experiences, such as the chance to become the stadium announcer or kit manager for the day.

We have put the loyalty member at the centre of what we’re doing.

The hotel chain also works with credit card partners JP Morgan Chase for Visa and American Express. This offers card holders the ability to earn points whenever they use their cards – although they earn more for spending at Marriott hotels.

Timpone can’t contain her excitement when discussing the experiences on offer, citing one member who stayed the night in the stadium hosting the Superbowl this year.

“We dressed out the suite like a hotel so they got a once in a lifetime experience of waking up in the stadium on the biggest day of that game,” she explains.

To ensure the experiences are relevant, Marriott has dedicated social listening teams in locations that span the US, as well as in key cities such as London, Dubai and Hong Kong.

Timpone explains: “We are listening to public posts every single day and people are posting about their passion points, which are often in our hotel like food and beverage.”

This focus on experiences is at the centre of Marriott Bonvoy’s first multi-million-dollar global media campaign. The campaign will run across TV and cinema, as well as in Marriott’s various original content channels including its dedicated travel magazine Marriott Bonvoy Traveler and on hotel websites.

READ MORE: Ritson: Marriott faces one of the toughest jobs in branding

The 60-second TV spot sees travellers using the term ‘bonvoy’ in a variety of situations including while swimming, doing yoga, commenting on a good meal and playing chess. At the end of the spot, a voiceover says: “Discover the new language of travel”.

It has the tag line “Rewards Reimagined” and was created by Marriott’s internal team, although it did work with agency Observatory Marketing.

As Marriott Bonvoy aims to promote the entire portfolio, there remains a balancing act over  how to ensure brands remains distinct. And with more than 30 brands, Marriott has to ensure there isn’t overlap.

Timpone says: “There is a well-dedicated effort within our brand teams to define each brand very very distinctly. The role I see the Marriott Bonvoy doing is helping to drive that discovery so when you go on that app you discover all the brands.

“The brand teams together with the market teams identify where there is a market niche that can be served and then they develop these can be served that then become a part of and enrich the whole portfolio.” 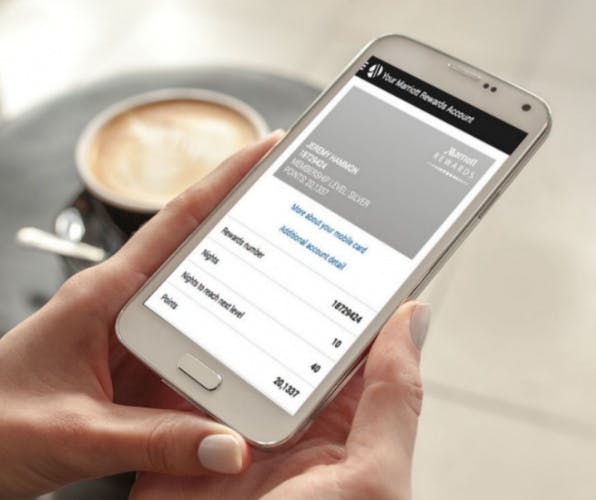 Hotel groups need to look beyond their industry and take inspiration from other sectors such as retail to ensure their apps are successful and worth the investment.

Marriott International became the world’s largest hotel group following its acquisition of Starwood earlier this year but it now faces the unenviable task of streamlining its brand portfolio without losing customers. 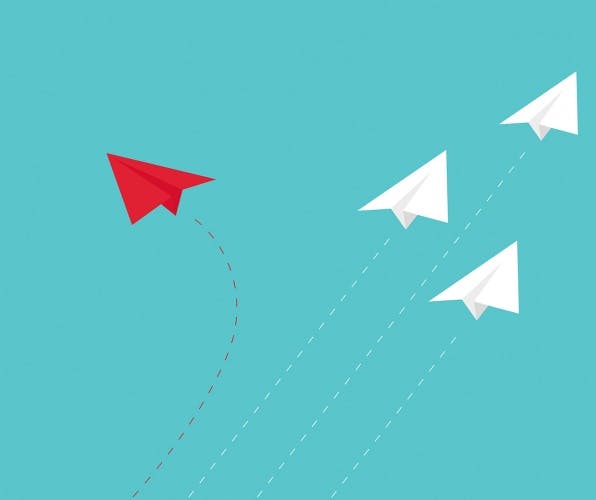 As our annual Career and Salary Survey showed, it’s all too rare for marketers to go on secondment or take a sabbatical. However, the experience can bring new skills, broader horizons and a better work/life balance.