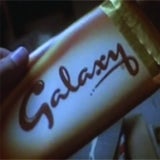 Magee will move from his current role as global brand director for Mars in Australia to develop the marketing strategy for the company’s UK chocolate portfolio, which includes the Galaxy, Maltesers and M&Ms brands.

Mars increased its marketing spend by 40% last year and has vowed to increase its investment in brands under Magee.

It will spend £56m on marketing in 2011 and increase the head count of its UK marketing department in the coming months.

Magee’s appointment follows Mars’ decision last year to make its UK chocolate business independent from its European operations. It was hoped that the restructure would help Mars close the gap on market leader Cadbury and pull further away from rival Nestlé.

According to market analysts IRI, Mars had a 26% share of the UK chocolate market in 2010. Market leader Cadbury had 34%, while third-placed Nestlé had 17%.
As vice-president for marketing, Magee will report to Fiona Dawson, president of Mars Chocolate UK, who leads the standalone business.

He replaces Angela Willmott, who is to become Snickers global brand director.

Magee joined Mars from Kraft Foods in 2010 where he was marketing director for Australia and New Zealand. He has also held strategic marketing and commercial roles for Cadbury Schweppes and Kraft.