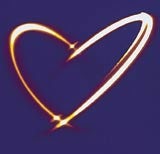 Mars is being forced to alter its advertising plans for this year following poor ratings for ITV programmes in January and February.

The confectionery giant’s European media manager Angus McIntosh told the TV 2000 conference in Lisbon last week: “Mars has just had to write down substantially its ratings for the year based on your [ITV’s] recent performance.”

ITV’s share of peaktime viewing languished at 37.5 per cent in the first two months of the year, less than its 38.5 per cent target.

But ITV marketing director John Hardie says the situation will improve as the year progresses, and that the station plans “radical shifts in the schedule”.

Hardie adds: “The year-on-year comparisons are exaggerated. We invested a lot last year – more than the first part of this year.

“Our ratings for January/February are less than one per cent down on two years ago. We are looking into the year, and making radical shifts in the schedule.”