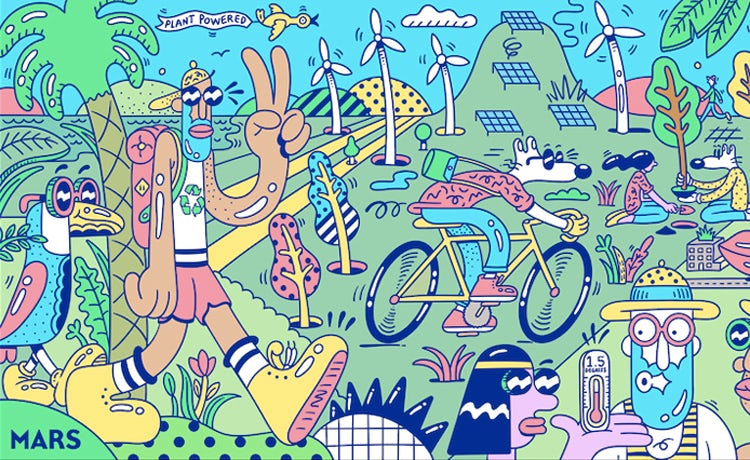 Mars is increasing its company focus on sustainability, launching a three-pronged strategy that will see the FMCG giant take a more central role tackling climate change.

Its ‘Pledge for Planet’ campaign, unveiled to coincide with the UN General Assembly in New York last week, sees the company encourage consumers, suppliers and its own operations to drastically reduce their carbon footprint. The move comes as Mars’s vice-president of corporate affairs, strategic initiatives & sustainability, Andy Pharoah, suggest companies like Mars now need to make their view on climate change clear.

“The time for debate and inner reflection is over. There is a battle going on and you need to decide which side you are on,” he tells Marketing Week.

The first part of the strategy sets more ambitious targets for Mars’s own operations so the company plays it part in ensuring the planet’s temperature doesn’t rise 1.5 degrees Celsius above pre-industrial levels (this is the rise scientists agree would limit the impacts of climate change at reasonably safe levels. This includes strict measurement requirements and reducing total green house gas emissions across its value chain by 27% by 2025 and 67% by 2050.

Secondly, it wants to engage suppliers. Mars’s operations only account for 6% of its carbon footprint, with the rest caused by its suppliers.

“We have thousands of suppliers and we are very deliberately working with them to push this right through the supply chain. That way you can get catalytic action,” Pharoah notes.

Don’t just pick a number out of the air that sounds good in a press release. Pick a number that science tells you.

The business is keen to engage with suppliers in a positive way but Mars says if suppliers won’t adopt science-based targets it will refuse to work with them.

“The issue of climate change and global warning is hugely significant and if we are going to solve it everyone needs to play a part and as a business we want to be working with those who are positive players and not those who block progress,” Pharoah says.

He adds it is crucial these reductions are grounded in fact. “Don’t just pick a number out of the air that sounds good in press release. Pick a number that science tells you.”

He notes: “If our suppliers start pushing this through, their impact will be many times what we can achieve on our own.”

Lastly, the brand hopes to engage younger consumers by inspiring them to make individual actions to protect the planet. This includes hiring a team of social content creators and influencers to drive awareness and engagement with the campaign, and asking consumers to share their planet-saving targets with the hashtag #PledgeForPlanet.

Pharoah explains: “Consumers themselves are not powerless, there is lots they can do in their own lives and we want to offer hope and lead the way.” 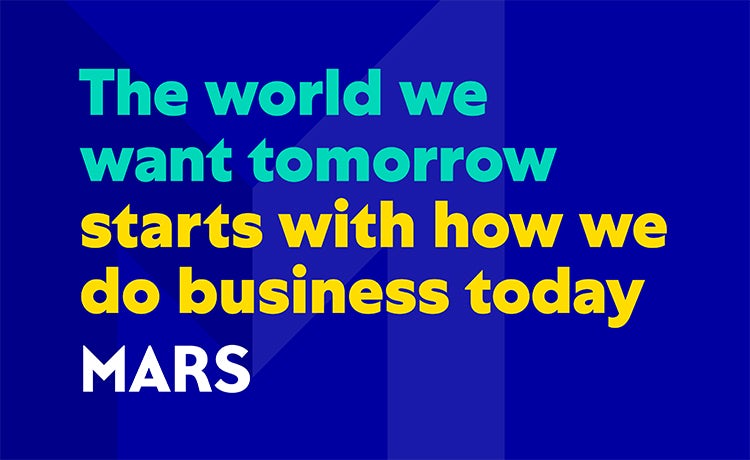 This campaign is a culmination of long-term efforts from Mars, with the brand making a concerted effort to analyse its environmental impact since 2008.

In recent years this has accelerated, however, with the company beginning detailed mapping in 2014 that spread across carbon output, water stress, land-use and workers rights.

“We did detailed mapping of everything and once we mapped that we decided on priority areas where we could have the most impact,” Pharoah explains.

What developed was two key pillars: healthy planet and thriving people. Healthy planet focuses on the company drastically reducing its carbon emissions, while thriving people is about improving the lives of the 1 million people that work within its supply chain.

Sustainability is not an optional extra choice we have decided to make.

Mars carries out “very” detailed measurements in order to evaluate these two key pillars. Pharoah explains: “We have high-level KPIs around healthy planet and thriving people. Then you can drill down and we have KPIs on every part of our business [in relation to sustainability] from our operations, to country by country and key agriculture.

“Metrics are as detailed and as sophisticated on [sustainability] as they would be on our P&L.”

Sustainability is built into Mars’s core operations with senior leaders’ remuneration based on carbon emissions. “It’s not an optional extra choice we have decided to make,” Pharoah says.

He adds: “It’s a question we ask ourselves in almost everything we do. How are we making a difference?”

‘It’s not a marketing gimmick’: Mars on the power of purpose in a polarised world

In March, Mars launched a global rebrand to put this purpose front and centre. Although it is too early to determine how this has resonated with consumers, the company says it is working from an employer branding perspective.

Pharoah explains: “We’re finding it resonates very well for the people who want to work at Mars and we are using it for interviews. It is a very powerful way of with engaging with future talent. 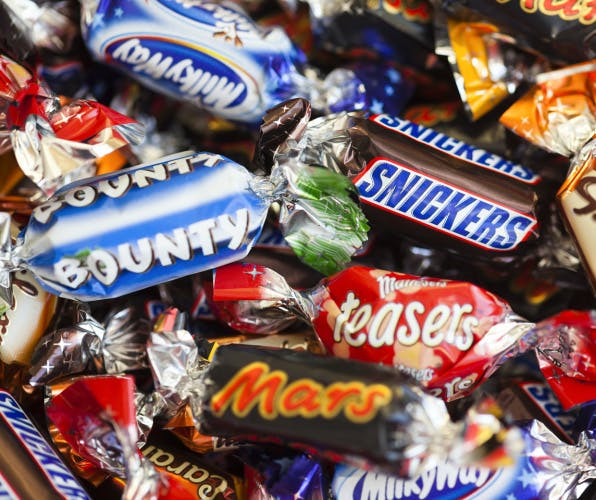 Bringing in a role that is broader than the traditional CMO, has forced Mars to “think differently”, both from a marketing and recruitment perspective. 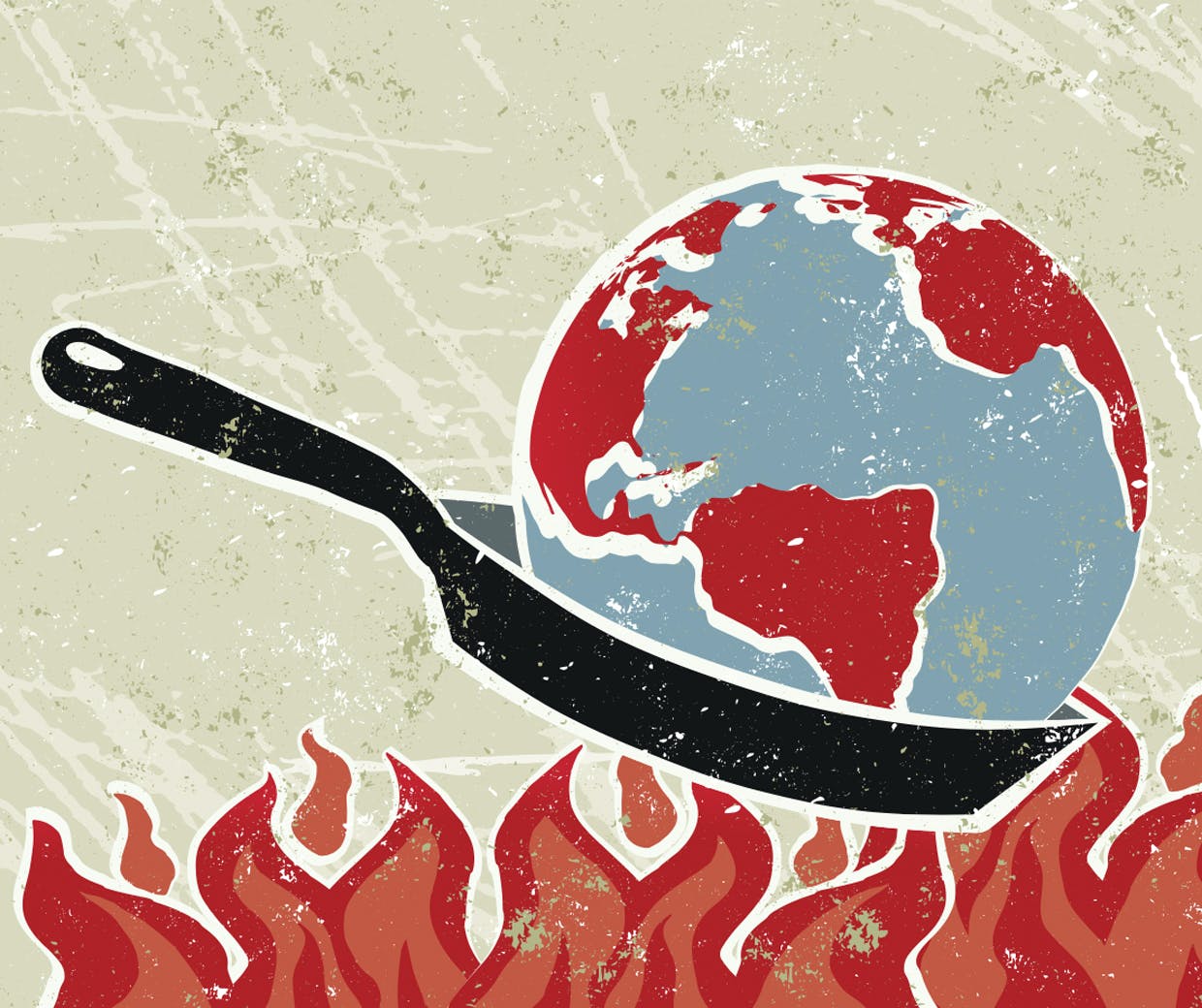