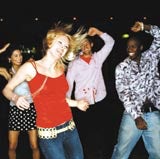 Britons will soon be able to own their very own Vicky Pollard (Little Britain unveils character dolls range, MW last week). To many, Vicky embodies a section of modern youth. But however accurate a stereotype Vicky is (or is not), it is important for brands to identify the sub-cultures that exist in the modern UK and to find out what drives younger people to form the opinions that they have.

The cult of celebrity is huge, politics is generally regarded as redundant and consumerism rules. But what are the underlying issues causing these trends? Research for Viacom Brand Solutions, called Generation and conducted by Sense Worldwide, has identified three forces driving social change: splintering structures, media culture and hyper-consumerism. These have evolved over the past 40 years and have helped shape the mindsets of “generations X and Y”.

Since the 1960s, there has been a huge cultural shift as people have moved from the paths in life that society thrust upon them to paths they have chosen for themselves. The benefits of increased freedom of choice have been accompanied by a reduction in social cohesion.

Traditional social structures, such as religion and class, have much less relevance than they once did, but the key changes have been the reduced significance of marriage, the breakdown of gender barriers, and the weakened connections people feel towards the communities in which they were born.

Generation X (25- to 44-year-olds) grew up during a period of Thatcherite flux and have a strong awareness of the old social order and its fixed values. They viewed the older order as constrictive, but with hindsight see many of its certainties as being liberating, giving them a strong sense of belonging and security.

Members of this group – particularly the 25- to 34-year-olds, of whom 83.3 per cent are satisfied with life – are some of the most contented people.

For Generation Y (16- to 25-year-olds), the splintered world is the norm. Ironically, the total freedom of choice they have grown up with has become a burden for many. The lack of certainties leads to a lack of belonging; the lack of belonging leads to insecurities. These insecurities relate to the second over-arching social force: the media culture.

An increasingly diversified media has supplied new common experiences and bonds in a fragmented society. Mass media has always had a powerful influence on attitudes and behaviour, but people now rely on media to inform and to make new connections. Media has become a new social structure; a new type of community that replaces those lost as a result of social change.

As the old structures have given way, the imagery and lifestyles portrayed in the media have fuelled a dramatic growth in consumerism. Graduate debt has increased by nearly 500 per cent in the past ten years (Barclays), with the affluence of society and wide availability of credit simply fanning the flames of hyper-consumerism.

As competition has increased, brand owners have had to nurture value around their brands in order to be noticed and understood. In fact, a great many people’s lives are now partially or largely expressed through branded products, services and experiences.

Looking deeper, these three major trends have driven a set of behaviours and mindsets, which have valuable applications. Generations has identified 41 mindsets; the key ones are termed “connected cocooning/golden child”, “the selfish versus the smug” and “easy does it”.

Teenagers are more cocooned than ever before, yet through technology in the home, such as the internet, they are more connected to the world. This has allowed young people greater opportunities for interaction. Three in four children have internet access at home and almost one in three who use it make new friends online (Economic and Social Research Council).

Children also have a major influence on the choices their parents make. Parents from Generation X run their households as negotiators, rather than as dictators. This makes the home a much more democratic place, meaning “consensus targeting” by brands is more important than ever. High-quality products need to cater for parents’ and children’s desires – the travel and motoring categories are good examples.

The research also revealed a widening gulf between young parents who feel their needs should be met, for instance through flexible working arrangements, and those without children who resent the unequal treatment they feel parents demand.

This is “the selfish versus the smug” – parents see the lifestyles of those without children as selfish, while people without children think parents are smug, boring and equally selfish. Thirty per cent of 25- to 34-year-olds think the extra workload given to staff due to time taken off by new parents is unfair.

The third key mindset is related to the proliferation of convenience products – it’s “easy does it” for generations X and Y. The younger generations have lost basic life-skills, and often fail to take proper nutrition and exercise. The media is now leading a “reskilling” process in areas such as cooking, parental and domestic skills, through programmes such as The Naked Chef, Super Nanny and How Clean is Your House?.

The findings of this research tell us that brand and media guardians not only have a great opportunity to connect with young generations, but an even greater responsibility. Making up for a lack of state and societal support is something that brands and marketers, once they begin doing it, can’t afford to get wrong.