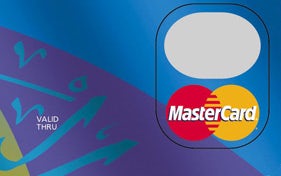 Pedro Rangel will take the title of group head of marketing and will be based in Brussels. Previously he was senior business leader for marketing in Mastercard’s Latin America and Carribean region. Prior to joining the financial services brand he was vice-president of global marketing for airline Lufthansa and has spent 18 years in marketing with Procter & Gamble across South America.

Rangel has been tasked with the strategic management of Mastercard Europe’s brand-building, promotional programmes, customer sponsorship and events and investment strategies.

He will report to Mastercard Europe president Javier Perez and worldwide chief marketing officer Lawrence Flanagan, who is based in New York.

Nicholds left the business to join Visa Europe. He had been due to join Mastercard Advisors in America, a subsidiary division of the credit card company in May, but instead took on a new business management role in Visa’s marketing department in June.

Nicholds had been at Mastercard for five-and-a-half years, during which time he managed and implemented its World Cup sponsorship deal with FIFA, which ended following the World Cup this summer. Visa poached the sponsorship package in a 150m eight-year deal in April.