“There are some things money can’t buy. For everything else there’s Mastercard.”

Mastercard’s famous slogan, launched in 1997, immediately caught the public’s imagination. Almost before there was such a thing as viral campaigns and internet memes, people were holding up placards at baseball matches listing the prices of various objects and then ending with the word “priceless” to emulate the company’s marketing campaign.

But while it might seem like just a catchy slogan, Mastercard’s ‘Priceless’ positioning was rooted in brand strategy and a need to find a solution to a clear challenge: Mastercard’s business was in decline.

Back in the mid-1990s, Mastercard had a perception problem. Banks were seeing fewer people take up Mastercard products because the Visa brand had a stronger pull among consumers. What Mastercard needed to do was create demand for the brand from banks by building perceptions among the US public.

Larry Flanagan joined Mastercard in 1996 as vice-president of advertising and found a brand “in a mess”. It had run three different campaigns in five years and needed something that could work as a long-term concept rather than a short-term advertising push.

Flanagan and the CMO at the time, Nick Utton, began an agency search. The CEO wanted the endline to be ‘The future of money’ and despite the fact “no one else liked it”, that was what went out in the first brief.

Luckily for the marketing team, that CEO left and the new boss Robert Selander admitted he didn’t like it either, freeing the team to explore alternatives.

“It was one of those little things that if the previous CEO hadn’t left and we weren’t able to release that mandate, we probably never would have got to the Priceless campaign,” Flanagan tells Marketing Week.

Mastercard saw 35 ideas from five agencies before McCann pitched Priceless. Flanagan still remembers seeing it for the first time and realising McCann had “nailed it”.

“We all looked at each other and we were pinching ourselves under the table,” he recalls. “We thought, ‘that’s it, they’ve nailed it’.”

To get to that idea required a lot of strategy work. Joyce King Thomas, who worked at McCann at the time, remembers research showing the brand was seen as “ordinary” and “everyday”. It also revealed a general dislike of credit cards, which were not yet that ubiquitous and more often than not associated with debt.

At its heart, Priceless was about conveying it is the everyday and ordinary things that are the most important. It was a real team effort at McCann, with the strategy team playing a big part, one of the creative directors coming up with ‘There’s some things money can’t buy, for everything else there’s Mastercard’ and then King Thomas and her partner building on that to come up with Priceless.

“I remember the day we came up with it. It was a weekend, we had this idea, and we cut our day short because we were like ‘that’s it, we’re done’,” she says.

“We showed it to everyone at the agency, and everyone’s gut instinct was ‘holy cow, this is something special’. Then we showed it to Mastercard and it was magical because we could see their faces and them trying to contain their excitement.”

Mastercard liked it so much, in fact, that the work presented in the pitch – a father and son attending a baseball game – was the work that ran in the first TV ad in September 1997. That didn’t happen before it went through rigorous testing, though, to prove to the board of directors that Mastercard was spending money on the right campaign this time.

That “went sideways”, according to Flanagan, because in the tests a campaign from another agency performed better. But the marketing team believed Priceless had a stronger foundation for a long-running campaign and so had to tell the board they were ignoring the research.

“Priceless was a quieter idea but we saw it as having long-term legs,” he says.

“At the time [the brand] was one of the burning platforms with the business. We were looking for a new idea and [the CEO] said to me, ‘give me something that will work strongly for the brand for five years and we’ll be good’. Yet 22 years later it is still part of the DNA of the organisation.”

Although Mastercard knew which ad it would run, King Thomas remembers the focus on “getting the details rights”, from bringing on board British director Tony Kay to hiring actor Billy Crudup to do the voiceover.

“I wouldn’t say it was easy but it was fun because everyone was totally behind it, everyone was going in the same direction,” says King Thomas.

The consumer reaction when it launched was “almost immediate” and the impact on Mastercard happened “really quickly”.

The marketing team saw an almost immediate jump in ad awareness. So much so, Flanagan claims Mastercard had to “create its own norm” because it was beating not just advertising for financial products, but all advertising.

“We saw the power of it immediately,” he adds.

It also had a major impact on the business. Not long after, Mastercard signed a deal with Citibank so its card would get more issuance, and although Mastercard had also done work to fix its processing network and sales organisation to make such a deal possible, Priceless was a big part of the reason.

The campaign was such a hit in the US that despite it being created just for the domestic market it was soon expanded globally, meaning Mastercard was using one brand platform in all markets for the first time.

Ensuring an idea doesn’t wear out

The campaign also had an impact for those who worked on it. Utton would go on to hold CMO roles at companies including JPMorgan Chase and BMC, while Joe Tripodi, who ran international, became CMO of Seagrams, Coca-Cola and Subway.

Flanagan stayed with Mastercard until his retirement in 2010, holding the top job for the final 10 years. Meanwhile, King Thomas only left McCann earlier this year, having risen to become chairman and chief creative officer.

Despite all the architects of Priceless departing, the platform has lasted, unusual given how new CMOs usually like to shake things up. Priceless does have a new focus now, on ‘Start Something Priceless’, but some things the team was planning to do – such as removing the word ‘Mastercard’ from the logo – have now been done.

Flanagan admits it is hard to be critical of a campaign that did so well. But if there is one thing he can point to it’s “churning out” new ideas too quickly.

“There was such a hunger within the organisation for a brand that employees could be proud of and it did so well in the marketplace that we introduced so many different ads.

“If anything, we were maybe churning them out a bit too quickly because everybody was so enthusiastic; it was like we had been dying of thirst and all of a sudden we had this huge fountain in front of us and everybody wanted to drink from it,” he admits.

“But it worked out. My fear at the time was it was going to wear out or get fatigued. But 22 years later, it is still doing OK.” 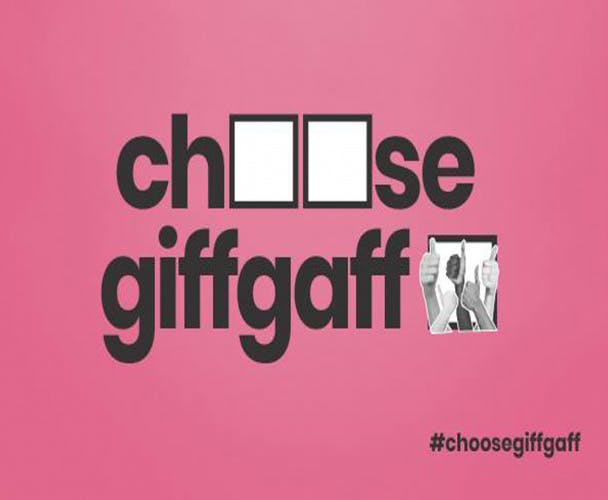 Giffgaff almost didn’t make it past its first birthday. Now, it is one of the biggest mobile virtual networks in the UK. The people behind its success explain how. 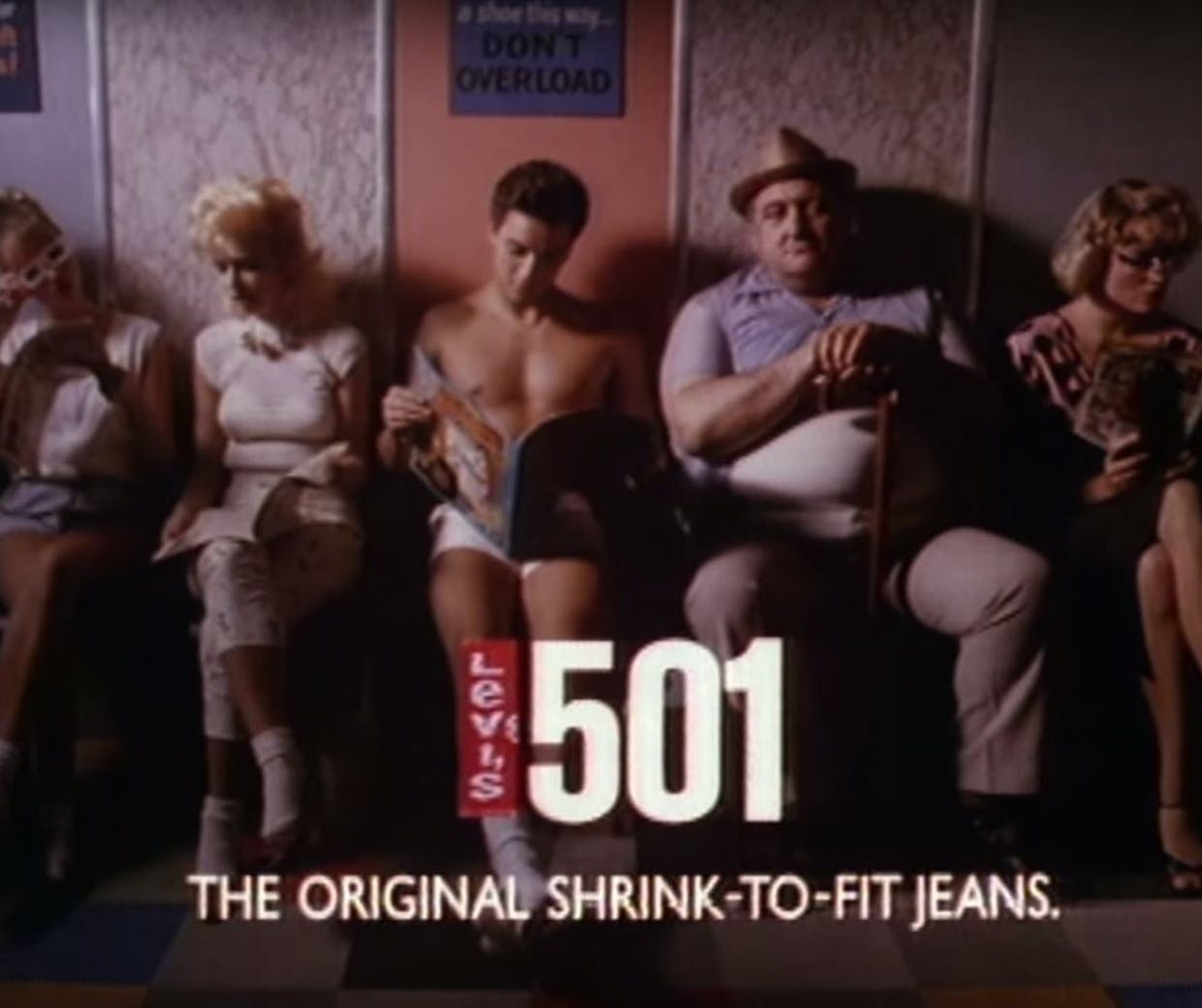