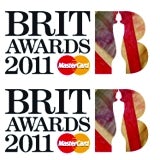 Shaun Springer, formerly head of brand and digital marketing, has seen his responsibilities expand to include oversight of the brand’s sponsorship portfolio, which includes the Rugby Union World Cup and UEFA Champions League in addition to the Brit Awards.

He has also taken on the responsibilities previously handled by Ben Rhodes, formerly vice president of marketing, who left to join Royal Mail last year.

Meanwhile, MasterCard is to launch the “Something for the Fans” campaign today (14 January) to back its partnership of music industry bash The Brit Awards.

The activity will push the Priceless Music Collectables competition, which offers fans the chance to win collectables from artists including Tinie Tempah, The Ting Tings, Kasabian and Eliza Doolittle.