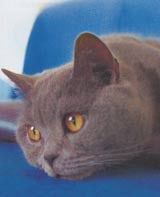 It is not known if Francke, who joined Mars in 1999 from Procter &amp; Gamble, has a job to go to.

At P&G, Francke was European marketing director for beauty care and was probably best known for signing up Madonna to star in an advertising campaign for Max Factor Gold, at an estimated cost of £4.7m.

At Masterfoods, (formerly Pedigree Masterfoods) she was in charge of European marketing for a range of top-selling pet food brands, including Cesar, Pal and Pedigree dog foods and Sheba and Whiskas cat foods.

A statement issued by Masterfoods says: “It has been mutually agreed with Ann Francke that she will leave the business with immediate effect.” The statement adds: “She has brought her strong consumer understanding to the petcare business, developing a sound strategic framework and several creative marketing propositions.”

However, an insider says: “She never fitted in – she was too P&G for Mars.”

In the interim, the Mars petcare team will report to Gottfried Groebl, chief executive of Masterfoods Europe. Groebl will recruit a successor to Francke later in the year. It is not known whether Francke’s departure will have any effect on Mars’ advertising review – D’Arcy has just lost all of its Mars work, including Cesar and Pal.