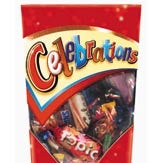 Masterfoods UK marketing director for snackfood David Teasdale has been promoted to managing director of the division. It is understood that he will retain his marketing responsibilities.

The change in title is thought to be in recognition of the role that Teasdale has been doing for Masterfoods since joining the UK division from Cananda in 2002. He is responsible for the division’s &£27.4m marketing budget and has developed schemes such as the multi-brand promotions, Chocollect and Get it First. It is understood to be part of the company’s reorganisation to focus on individual categories rather than regions.

A Masterfoods spokeswoman confirms that Teasdale has a new title but denies his role has been changed. It is not thought that a new marketing director will be appointed.

There have been a number of changes across the company’s European division over recent months as part of the restructure. In late autumn, Paul Kaye, the former business development director for southern Europe, left the company to join Heinz after his role was scrapped in the restructure (MW September 23, 2004). European marketing director for cat food Mark Johnson was also promoted to head of the dry pet food division for Europe (MW October 7, 2004).