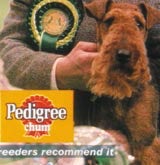 Masterfoods has moved Patrick Huyskens, marketing director for pet care in the UK, to the same role in France. His responsibilities will be handled by Richard Kellam, who joins from Masterfoods in Canada.

Kellam will report to Geoff Starr, vice-president for European marketing for pet food, and will be in charge of a range of high-profile brands, including Pedigree, Whiskas and Sheba. It is not known if his previous role was in the pet care division.

The moves are part of a wider European restructure of marketing, which recently saw UK managing director Fiona Dawson promoted to vice-president of European marketing for snack food. She is not being replaced. It is understood that the changes are aimed at improving focus on its key categories, food, pet food and snacking.

Masterfoods has also reallocated parts of its global advertising, including its flagship pet food brand Pedigree. The &£55m account was shifted from Grey Worldwide into TBWA Worldwide in January (MW January 29).

That decision followed the transfer of the &£60m Skittles and medicated confectionery business, which was moved from BBDO network to TBWA a week earlier (MW January 22).

Huyskens was promoted to UK marketing director for pet care in 2001 from marketing manager as part of a UK restructure of the Masterfoods food and pet care division (MW November 8, 2001).