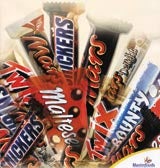 Masterfoods managing director for UK snack-foods David Teasdale has been promoted to head the company’s Japanese arm. It is understood that he will take over the role this autumn.

Teasdale will be responsible for overseeing the company’s pet-food, food and snack-food divisions. It is understood that Masterfoods is seeking a replacement for him in the UK.

The changes are thought to be part of the company’s restructure, which was announced earlier this year following a European consultation. The review involves more than 11,000 employees and will lead to the loss of about 1,000 jobs across the continent. There will be 700 redundancies in the UK and marketing is likely to be affected (MW March 17).

Masterfoods began importing and marketing Pedigree pet-food in Japan in 1976. Over the past 20 years, it has expanded the range of products it sells to include Kit-e-Kat, Maltesers, Skittles and the Flavia drinks range. Masterfoods’ Japanese arm is based in Meguro, Tokyo and it has a regional sales office in Osaka.

The principles of loyalty marketing are not as cast-iron as was once thought.

Vizeum Worldwide has appointed Vizeum UK operations director Chris Boothby as global investment director for the global network. He will take a seat on the Vizeum Worldwide management board and oversee negotiations, investments and commercial contracts.

Gaydar, the radio station and website, is launching a standalone online travel service, to offer tailored holidays to gay and lesbian travellers. The service aims to build on the Gaydar brand and will be supported by a £1m advertising and marketing campaign to raise awareness. It will cross-promote Gaydartravel.com across the digital and internet radio […]