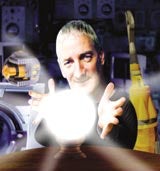 The shirt-ironing “robot”, a hydrogen-fuelled motorbike, a vacuum cleaner that glides effortlessly around the room on a ball, and a new standard of television broadcast quality that is being compared with the shift from black and white to colour. These are just some of the innovations being promoted in the UK this month.

Two of these futuristic innovations unveiled last week, The Ball vacuum cleaner from Dyson and the zero-emissions hydrogen-powered motorbike, may join the ranks of great British innovations. But such homemade inventions seem to be few and far between, and many of the best ideas appear to come from elsewhere. The Dressman shirt-ironing machine was developed by German company Siemens, while high-definition TV, which is to be promoted by Sky from next year, is the result of international product protocols.

The issue of how to enhance British creativity in technological innovation is still considered crucial for the future of UK industry. Last week, the Chancellor’s pre-election Budget included a package of measures intended to boost innovation and enhance creativity in the UK. This comes after lobbying from various sectors within British industry, which complain that the UK is poor at developing new products and exploiting its inventiveness.

Some believe homespun innovation suffers from lukewarm support given by British companies and the Government to the nation’s inventors – a view supported by millionaire vacuum cleaner developer James Dyson. Dyson claims The Ball is the “biggest change to vacuum cleaner design” since the launch of his bagless Dual Cyclone machine in 1993. The Ball allows users to direct the vacuum cleaner around table legs and furniture with a “flick of the wrist”, rather than having to move backwards and forwards as with most conventional vacuum cleaners.

But Dyson is unhappy about the state of engineering and design in the UK. He claims the country faces a stark future unless it invests in manufacturing. And he berates the UK’s obsession with styling and the failure to grasp the importance of developing superior engineering products. He blames government policy, such as the tax regime, for destroying the skills of local subcontractors and suppliers in the UK. In his recent Richard Dimbleby Lecture, Dyson warned that while the UK was losing skills, China was gaining them at an alarming rate. “Because countries such as China have already mastered low-cost production they are now buying Western know-how,” he said.

“Their universities are churning out vast numbers of engineers and scientists. And they’re good. To survive against them, we can’t rely on shallow styling. We need technology and design that they don’t have. As long as we continue to innovate and produce products that have better features and work better, we can compete. Our only chance for survival is better engineering,” he added.

Some are sceptical of Dyson’s comments, seeing him as a self-promoting salesman whose views should not be taken too seriously. Dyson talks about preserving British © engineering and manufacturing, yet he transferred production of his vacuum cleaners and washing machines from his plant in Wiltshire to Malaysia – axing some 800 jobs in the UK in the process.

Dyson declined to speak to Marketing Week about his criticisms of British innovation, yet he found time last week to undertake a tour of national newspapers, giving demonstrations of The Ball and securing wall-to-wall coverage for his latest invention.

Despite Dyson’s complaints, Dick Powell, a director of agency Seymour Powell, which designed the hydrogen-fuelled bike, refuses to believe there is a fundamental problem with innovation in the UK. “I disagree [with Dyson]. We are very good at innovation, where we stumble is in the devastation of our manufacturing industry. Innovation stands shoulder to shoulder with manufacturing.”

Powell believes one problem that needs to be overcome is the way in which marketers approach innovation: with an excessive focus on a unique selling point or single benefit. “The secret for marketers is to ensure they have a team around them that understands every aspect of the product, from advertising and branding to the production line.

“Marketers tend to focus on a single aspect of a problem rather than the broader issues. They get carried away with exceptional design or price, or what it [the product] can or can’t do, and fail to consider all those things together,” he says.

Powell slams marketers who have an over-reliance on research feedback. He believes that for many big companies, this obsession with research kills off good innovation. “Most consumers don’t know what they want until they see it and get used to it. The bigger the company, the more risk-averse it is,” he says.

However, some giant corporations actually use innovation as a form of brand-building in itself and are less concerned with the potential risks. Indeed, for some companies, the riskier the better since the innovations are not considered to be new revenue streams. German engineering giant Siemens admits that many of its most revolutionary developments are intended to build the idea that the Siemens brand is at the forefront of technical development.

Siemens is launching the Dressman shirt-ironing machine in the UK following its appearance in Germany, where it sells for some £960. With the Dressman, a damp shirt is placed on a manikin, which inflates with hot air in its interior, puffing up the shirt and removing creases and drying it at the same time – this takes about eight minutes for a cotton shirt. It is an invention that certainly captures people’s imaginations, though few would fork out such huge sums to own one.

A Siemens spokeswoman says that much of the company’s drive to innovate, including its “Smart Homes” initiative where technology connects all electrical appliances and equipment in the house so that they can communicate with each other, is part of a brand-building strategy that feeds through to sales of core products, such as mobile phones and train technology.

“It is about the culture of the company; innovation is seen as our lifeblood. It is a drip-feed, constantly demonstrating technical excellence – so it is cool to have Siemens,” says the spokeswoman. Innovations such as Dressman and Smart Homes help to promote the company’s name, which is difficult in its core areas such as power transmission and distribution.

The Smart Homes initiative has so far only reached a few thousand households. Siemens is teaming up with homebuilders to supply cables and technology that can be activated by residents. Smart Homes offers the possibility of controlling electrical functions in the home, such as adjusting the central heating, dimming the lights or opening the curtains, while sitting in an armchair. Another factor being heavily promoted is the security device “simulated occupancy”, which offers people going away for any length of time the dubious benefit of recreating the sequences of lights coming on and curtains being drawn that they would enact in their everyday routine. “This gives the powerful illusion that you are at home and acts as a strong deterrent to any would-be intruder,” maintains the company.

Another development coming to the UK is high-definition TV (HDTV). Sky is to launch the initiative next year and claims that it will be a significant product enhancement, offering a cinema-quality viewing experience with greater depth and tone of colours and textures.

HDTV provides over four times more data on a screen than a standard definition broadcast and requires a flat-screen TV set (of which there are 1 million in UK households at present). It is envisaged that users will have to pay a premium subscription to access HDTV content, as well as the cost of a special set-top box. Sky’s dominance of football screening rights will give it the muscle to make the most of this new technology.

But whether the world’s first fuel-cell powered motorbike, unveiled last week at the Design Museum, will prove profitable for its developer, Intelligent Energy, remains to be seen. The environmentally friendly motorbike is fuelled by hydrogen, which could make it a hit in a world of dwindling oil supplies. It has zero emissions, hence its name, the ENV (emissions neutral vehicle). It has no gears, and according to its designers Seymour Powell, feels more like a quick and responsive mountain bike than a motorcycle.

Director Nick Talbot says: “ENV is light, fast and fun. It has good ground clearance, great off-road suspension and a very carefully considered power-to-weight ratio. I have ridden motorbikes for years and, in the process of designing the bike, I have become a convert to fuel-cell technology.” 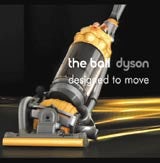 The wheels are turning

The design agency gave the motorbike a sleek and futuristic look in an effort to enhance its appeal. It is still at the prototype stage and the bike’s maximum speed is 50mph, while it can only travel 100 miles before being refuelled – at present there is only one refilling station in the UK, in Essex. Those behind it believe it could be the start of something big, though it does seem to have major drawbacks. Some may wonder whether it could suffer from the same lack of usability that led to the downfall of the Sinclair C5 electric car in the Eighties.

Sir Clive Sinclair unveiled his infamous C5 in 1985. It was the classic British invention that failed in a number of areas: the driver was positioned uncomfortably close to the ground and felt dwarfed by other traffic on the road; it was poorly executed, unreliable and unsafe; it had problems with its battery power. It was rushed out to exploit a loophole in the law concerning electric vehicles but did not foresee future safety legislation. The C5’s failure cost its inventor some £8.6m, and backers Hoover and the Welsh Development Agency also lost out.

British inventions will only succeed where their execution is closely tied to what people actually use them for, and this is the realm of marketing. Dyson’s vacuum cleaners offer only minor product advances, but James Dyson has been clever at spinning a yarn about them and spicing up the boring old vacuum cleaner category by telling a good story. He is doing this with considerable success in the US as well, and Dyson has become the leading vacuum cleaner brand there.

Marketing, you might say, is the mother of invention. The British are famously good at the latter, but have failed to integrate it with the former.