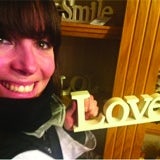 A new year always signals a series of fresh starts within advertising: a new diet, or a new job or, in 2011, a new relationship.

This month the two biggest online paid-for dating companies in the UK, Match and eHarmony, go head-to-head with cross-platform marketing campaigns to appeal to the “second time around” dating audience as thousands of singles look to relationship sites to make one of the most important decisions of their lives.

Match is promoting its ’Affinity’ service through a series of unscripted documentary-style TV advertisements, aided by online crowdsourcing on a dedicated Facebook app page.

At the same time, eHarmony is running a TV, radio and print campaign promoting its “real UK success couples” and its UK country manager says the company is likely to trial a crowdsourced ad in its next TV promotion.

The UK online dating industry is predicted to be worth £150m annually by 2014, according to Mintel and currently harbours over 1,400 dating websites.

Match’s head of relationships and UK & Ireland marketing director Katie Sheppard says: “The online dating industry was small 10 years ago and there were a lot of stigmas and barriers to overcome. But the barriers have been crumbling year on year.”

According to ComScore, Match is the leading paid-for dating website in the UK, having launched at the birth of the sector. Its affiliate brands MatchAffinity.com and Dating Direct the second and third largest subscription dating sites in the country. In terms of monthly visits, free dating service PlentyofFish.com is the leading dating site in the UK.

The UK online dating industry is predicted to be worth £150m annually by 2014, according to Mintel and currently harbours over 1,400 dating websites.

In 2009, American “relationship service” eHarmony launched in the UK market, looking to seize on the growth opportunities the territory offers.

North America and international VP of eHarmony Sean Cornwell says: “The UK is under-penetrated compared to the US in terms of the percentage of singles who have used an online dating service. We are aiming to level this.”

In the US, eHarmony claims 4.77% of all marriages in the country can be linked back to the dating website. Cornwell says it is too early to garner statistics from the UK market as the brand is still in its infancy here. Match.com claims it is responsible for 4% of British marriages over the last five years.

EHarmony has placed the emerging UK dating market at such a high priority it has appointed its first ever UK country manager, ex P&G brand marketer Ottokar Rosenberger to grow the company in this country.

Both companies now see mobile as the biggest opportunity for growth in the UK market.

Gregory says: “Anyone who dismisses mobile would be making a mistake, it’s an area for growth not just for us but for every category. We would be insane if we didn’t have plans for mobile.”

Cornwell says online dating has not seen much innovation for the last 10 years but the technology is set to change dramatically over the next 18 months.

He adds: “Mobile dating is a little rough round the edges at the moment. There are location-based services but early adoption has been more for quick hook-ups, but it will become more useful and consumers will become more comfortable with showing location information.”

Both websites are also increasing opportunities for brand partnerships. Match has partnered with Penguin Books and Jamie Oliver to launch branded dating websites while eHarmony is teaming with Octopus Publishing to launch its first British book “Dating the Second Time Around” this week.

Gregory says Match.com completely understands the online space, which is why the best agencies are continually vying to pitch for its business.

He adds: “We’ve grown our business from online trade to something that touches people’s lives across all media channels.

“That tells me we’re doing something good.”