Gregory takes full responsibility for the company’s UK operation and says that he “will take the brand to the next level”.

The online dating market is becoming fiercely competitive with US company eHarmony recently launching in the UK.

Gregory was recruited as marketing director at Match.com in January last year from the same role at iProfile, the online CV site.

He is a former head of marketing at Yahoo! UK Search and former marketing director for AltaVista. Shortly after he joined Match.com, the company was bought by Meetic, also owner of Datingdirect.com.

He recently appointed Mother to bring a uniquely British tone to Match.com’s advertising, which has previously used ad campaigns developed in the US.

Gregory says: “This is a marketing-led business and it is key to develop the relevance of the brand and message to people.”

Recent partnerships, such as with Jamie Oliver and Penguin Books, will be pursued but the company will be very selective about any such deals, he adds.

There are no plans to recruit another marketing director at present and Gregory will continue to lead the marketing function. 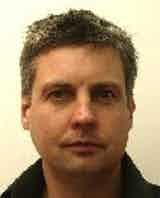 Adrian Thomas, head of retail at integrated agency Billington Cartmell, looks at the changing face of high street banking and how financial institutions can learn from retailers.

EDF Energy has reappointed Media Planning Group to handle its media planning and buying account in the UK and France.

Ping Pong, the dim sum restaurant chain, is launching a new advertising campaign in a bid to raise awareness and encourage young professionals to visit its restaurants.