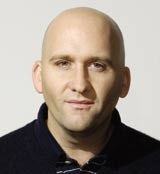 Match.com, the online dating site that is a sister company to Ask.com, has ended a nine-month search by appointing Matthew Welch as its first chief marketing officer, with responsibility for the Match.com brand in all territories outside North America (MW May 12, 2005).

Welch&nbsp;joins&nbsp;from Match.com’s US ad agency, Hanft Raboy &amp; Partners (HRP), where he had been in charge of Match.com’s “Make Love Happen” ad campaign.

He will work out of the company’s London office and will be responsible for the co-ordination and development of all consumer- facing brand marketing activities, in co-operation with Match.com’s country managing directors.

In January, former Travelocity.co.uk marketer Charlotte Harper was named as Match.com’s UK managing director, and the company announced it was putting another &£2m into the “Make Love Happen” campaign in the UK for the first quarter of 2006.

Match.com, which was launched in 1995, is owned by IAC/Inter ActiveCorp, which also owns Ask Jeeves, bought for $1.85bn (&£987m) last April. Match.com claims to be the biggest player in the UK online dating market, with more than 2.7 million UK members.