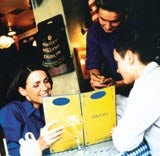 Online dating site operator Match.com is looking for a vice-president of international marketing, to be based in its north London offices.

According to a Match.com spokeswoman, the position is a new one, reporting to international chief operating officer Joe Cohen. It involves responsibility for global brand development in all markets outside the US and carries a basic salary of &£100,000.

According to independent measurement company ComScore Media Metrix, Match.com is the leading online dating company in Europe. In January, Match.com sites drew nearly 5.7 million unique visitors. MSN Dating &amp; Personals, which is powered by Match.com, was second. Taking into account partnerships with a number of European portal operators, such as MSN, Tiscali, and Wanadoo, Match.com’s total reach was put at more than 9.4 million visitors. ComScore says more than 35 million people in Europe visited an online dating site in January.