McCain is placing diversity at the heart of its advertising with a new campaign focusing on “real” families, with the brand claiming consumers have “had enough” of misrepresentation in ads.

The ‘We Are Family’ campaign, which was created by adam&eveDDB and launches today (17 August), looks to celebrate “modern day families” at meal times.

The ad shows a host of real families, from single parents and LGBT+ families to “grandparents who act as parents”, proving that everyone still unites over meal times together. It will run for 10 weeks across TV, digital, PR and social media.

The £6m activation was formed in response to brand research, which found half of Brits don’t think popular culture reflects the reality of modern families and 84% of consumers were unable to recall seeing anything in popular culture that featured a family like their own in the last six months.

READ MORE: Why brands are failing to meet the needs of single parents

McCain’s marketing director Mark Hodge says the ad is a “natural evolution” from its previous campaigns, which also showed “real” families at meal times but didn’t have diversity at its core.

The brand decided to take a stronger point of view on diversity due to consumers becoming increasingly cynical and having “had enough” of misrepresentation in ads.

“It’s a bigger and bolder step. It seemed like a natural evolution. There is a significant misrepresentation of British families. The numbers from the research were quite staggering and show that as an industry we’re failing in some ways,” he tells Marketing Week.

Hodge insists the campaign marks the start of a new direction for the brand, and that it hopes to be “famous for shining a light on diversity”. It also hopes its diversity focus will set it apart from other bands and the food sector more generally.

The move follows a recent investigation by the Advertising Standards Authority, which suggests new rules have to be drawn up around gender stereotyping after it found advertising affects people’s expectations of how others should “look or behave” according to their gender.

McCain says the ad has been in development for roughly 18 months and was not developed in response to the report, but that it “welcomes” the pressure the media is putting on advertisers, as agencies and brands need to “do better” reflecting modern Britain.

“That attention to detail is more important than ever, it’s not like the 1980s where you simply put an ad on TV with actors and it drove sales. Social media has changed that dynamic significantly and consumers are more cynical. We need a body of big brands [change their advertising] so that people can see their families depicted in an accurate way,” he says.

Standing out from the crowd

McCain has not been the only brand putting “real” families at the core of its advertising. Last year, telecoms giant TalkTalk released an ad documenting a real family from Blackpool that showed how TalkTalk-enabled technology and connectivity influences their lives.

When asked if this might make it more difficult for brands to stand out in an already crowded market, Hodge agrees that more brands are recognising the importance of reflecting diversity but that it is “still easy to get it wrong” as it needs to be consistent with the role that the brand plays in people’s lives.

“We’ve made a big effort recruiting those families by filming in their homes quite authentically. They are going about their daily business during meal times, and we’re capturing that connection and joy that happens around meal times,” he concludes.

“A lot brands at the minute are holding up too much of a mirror to reality. What we’ve tried to do with our campaign is that it’s not about holding up a mirror to what’s going on, which is what others have done – you still need creativity, it needs to feel uplifting and celebratory and make people feel good.” 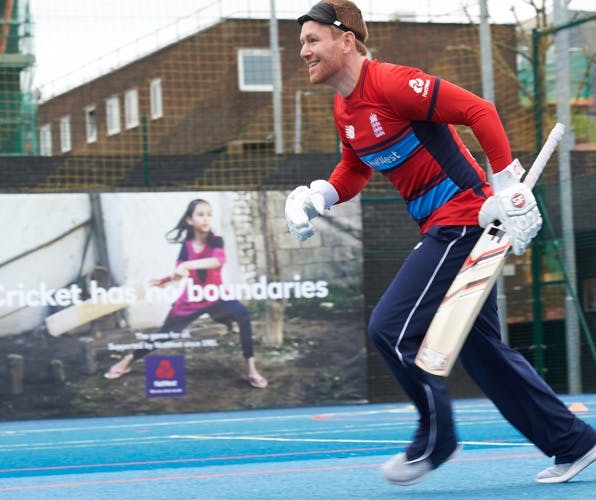