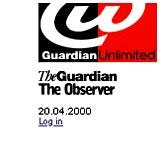 While others have opted to test their metal in a more obviously aggressive commercial environment, Carolyn McCall’s ambition to scale the ranks of Guardian Newspapers has paid off with her appointment as managing director designate at the relatively young age of 38.

She will take over from her mentor Caroline Marland, who retires in November, and begin the tricky balancing act of extracting substantial profits for the UK publication most closely associated with socialist – or non-profit-making – sentiments.

Indeed, the Scott Trust, which owns The Guardian and The Observer newspapers, was set up to ensure all the profits of Guardian Media Group are re-invested in the business.

David Pattison, chief executive of New PHD, says: “The reason that The Guardian is so good is that it is unencumbered by the very harshest of commercial realities. What Caroline and Carolyn have done is make people understand that there are commercial realities people have to embrace.”

McCall appears at first sight to have the typical profile of a Guardian reader. Before joining the paper in 1986, she worked as a history teacher at Holland Park comprehensive school (in London’s Notting Hill), where the children of many wealthy liberals have been educated. Described by industry insiders as “passionate” and “enthusiastic”, she also studied a Master’s degree in politics.

One industry insider says: “She would find it hard going to work in a company where profit is a very strong ethic.”

At the same time she is described as the “consummate professional” and “highly ambitious” by her peers, displaying the kind of competitiveness seen in the most aggressive sales environments. She is said to be fiercely loyal to The Guardian, having rejected approaches from other media owners.

After joining The Guardian as a planner in 1986, she became ad director and then commercial director, taking on the additional responsibility of deputy manager director in 1998.

Along the way, she was responsible – under Marland’s direction – for merging the display sales teams when The Guardian purchased The Observer, and for overseeing the launch of the new media arm in 1997.

Telegraph Newspapers deputy managing director Len Sanderson, who was responsible for recruiting McCall at The Guardian, claims that McCall was one of the first to target clients and media agencies.

There is strong speculation within the industry that profits from The Guardian are used to offset losses from The Observer. But Guardian Newspapers as a whole has made a profit for the past two financial years, and just announced record advertising revenues, &£25m ahead of the previous financial year.

One of the challenges facing McCall will be to continue turning The Observer around. After dipping below the 400,000 circulation mark for four months from May last year, the newspaper has recorded an average net circulation for the six months ending March, of 411,691, up 1.73 per cent on last year.

Just as The Guardian uses its classified advertising to draw in non-loyal readers, The Observer is likely to use a new sports magazine, expected to be launched in May as a standalone title on the newsstand and as part of the Sunday newspaper package.

McCall refuses to comment on the Observer project, but says: “Three years ago, The Observer had difficulties, but the circulation has been going up for the past six months. Roger Alton [Editor] has made a huge difference. It’s now a sister paper to The Guardian, not a problem child.”

The expansion of Guardian Newspaper’s Internet operation has seen the launch of the newspaper’s own website this month.

This coincides with a five-fold increase in the marketing budget – now worth up to &£5m – for the newspaper’s online operation, which includes Guardian Unlimited. The company is also seeking a creative ad agency for the new media division.

Although a keen advocate of new media, McCall is fully aware of the damage that the Internet poses to offline classified advertising. She says: “It’s a threat. In the past The Guardian had 70 per cent classified, but that’s now 55 per cent. I worked to build up the display ad revenue base five years ago, because we knew we could be overly dependent on one base.”

One of the first newspaper companies to develop an online product by creating a new brand, Unlimited, Guardian Newspapers has also signed deals with BT Cellnet and Orange to place content on WAP phones. Besides the Financial Times, The Guardian is the only newspaper to have secured a deal with Avant Go to provide edited content on Palm pilots. A select number of Internet sites have also been made available on Cable &amp; Wireless’ digital TV packages.

Initially, any revenue is likely to come from advertising on the online service, but McCall hopes in the long term to get consumers to subscribe for content unique to The Guardian, as the Wall Street Journal does online.

McCall says: “At the moment I believe fundamentally in going for reach rather than revenue.”

Deals with Press Point in the US and Xerox in Denmark and Greece will give readers worldwide access to an edited print version of that day’s newspaper.

McCall says: “My belief is that The Guardian and The Observer have to be available anytime, anywhere – it may sound a bit like a Martini ad, but I really do believe that.”