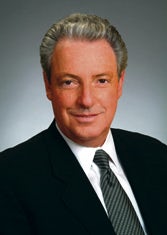 McCann Erickson Worldwide has agreed to pay $12m (£6m) to settle an investigation by the US securities regulator into accounting fraud. However, in spite of the settlement, the Interpublic-owned advertising company has neither admitted nor denied the allegations brought by the US Securities and Exchange Commission.

In a civil complaint filed by the SEC yesterday, it alleged that McCann fraudulently mis-stated its financial results and “negligently failed” to deal with accounting problems within the company.

The US regulator has been investigating the issue since 2002 and Michael Roth, chairman and chief executive of IPG says it is now keen to put the matter behind it.

He says: “Under current management, we have devoted considerable resources to replacing and expanding staff in the relevant areas and our efforts to remediate material financial control weaknesses and improve financial reporting have been a top corporate priority for all of our agencies.”