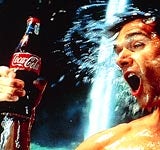 Coca-Cola has given McCann-Erickson the task of co-ordinating a major global marketing blitz this summer to rejuvenate its flagship brand.

The two ads will have a “feel-good” theme, and will be adapted to the company’s “think local act local” strategy. They will break worldwide at the end of this month.

The ads will replace the “Enjoy” slogan with a new one, understood to be “Life Tastes Good”.

A source says: “The campaign will focus on getting back to what Coca-Cola is all about – freedom and being natural.”

McCann is part of Interpublic Group, which was appointed last December to act as Coca-Cola’s global creative consultant.

In February, Coca-Cola announced that it had become the sole global marketing partner for the release of the forthcoming Harry Potter film, in a deal believed to be worth &£95m.