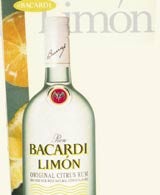 Bacardi-Martini has tightened the screw on McCann-Erickson by reviewing its Bacardi Limon business. McCann is currently facing a global review on the Bacardi Breezer account.

Bacardi Limon is a lemon-based rum drink, launched in the UK four years ago. Until now, very little money has been spent on marketing it. Bacardi-Martini’s total UK account is worth &£9.4m.

Insiders say that McCann New York, which has never worked with the brand in the past, is pitching for the Bacardi Limon business.

Start-up agency Ben Mark Orlando is likely to be involved in the Bacardi Limon pitch. The agency was founded at the beginning of the year by former McCann chief Ben Langdon and Euro RSCG chairman Mark Wnek. It was recently appointed to handle Bacardi Breezer spin-off Twist.

It is believed that the move to appoint an agency for Bacardi Limon is in line with Bacardi- Martini’s strategy of concentrating on brands other than the highly successful Bacardi Breezer.

The family-owned company is reported to be considering an initial public offering. This would mark the first occasion the company has opened up ownership to outsiders. Shares in the business are held by 600 family members.

Scottish Courage is rolling out its wheat beer Kronenbourg Blanc nationally, following a test launch. The move was announced by parent company Scottish &amp; Newcastle, whose annual profits rose by one per cent to &£471m.

From boardroom to battlefield, female influence is unchallenged – except in Morris dancing. But this is no thanks to the efforts of men, says Iain Murray