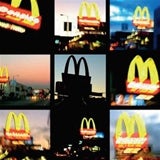 McDonald’s, like any major UK advertiser, is subject to almost weekly speculation that it is on the verge of reviewing its account, worth &£42m. Now the chain is holding its second roster pitch this year – this time between The Marketing Store and Publicis Dialogue for European below-the-line work – adding fuel to the rumours (MW last week).

But insiders suggest that rather than reviewing, the fast-food chain is moving towards a roster approach to advertising in the UK and Europe. McDonald’s has used this strategy in the US for some time but it is a more recent development here. In April, it appointed TBWA/London to handle a food quality brief after a pitch against long-term UK incumbent Leo Burnett. TBWA already handles the chain’s advertising in France.

The move followed last year’s decision to use DDB London to create a campaign to promote salads. It was the agency’s first work for the chain, although sister agency Heye &amp; Partner handles the account in Germany.

Insiders suggest that some of the recent movement of projects between agencies is down to strong relationships, particularly between senior management at McDonald’s and top executives at agency networks. It is understood that the chain’s Paris-based marketer Pierre Woreczec is a former colleague of TBWA chairman Jean-Marie Dru.

Another source points out that Woreczec was overseeing McDonald’s in the UK when TBWA won the quality brief, because chief marketing officer Laurie Morgan was on maternity leave and the sudden departure of chief executive Peter Beresford due to ill health.

However, a different source says: “When Woreczec arrived, everyone thought TBWA would be a shoo-in. But he assumed that the UK would have the same issues as France, soon realising it was a different situation.”

The chain has since appointed former British Airways marketing chief Jill McDonald as chief marketing officer for Northern Europe and Morgan is thought to be considering her future with the company. Again, there are existing relationships in place as McDonald previously worked with TBWA managing director Victoria Davies, who was the account director for BA at M&amp;C Saatchi.

A spokeswoman for McDonald’s claims the decision to appoint different agencies to handle projects does not signal a change in strategy. She says: “Although we have appointed TBWA to support us in the UK, we are not are not moving to a roster of agencies as such.”

She adds that the chain has always used a number of shops for various projects and that it plans to encourage its agencies to work more closely together in “sharing ideas and creative opportunities”.

One insider points out that McDonald’s has always used networks on a roster basis for international projects, but adds it is “more unusual for this to be happening at a local level”. Bruce Haines, Leo Burnett group chief executive, says McDonald’s has taken a more open approach to using its agencies since former chief marketing officer Larry Light asked roster shops to develop plans for an integrated, global advertising framework in 2003. The result was “I’m Lovin’ It”, created by Heye &amp; Partners.

Haines says: “At that point, the agencies fell into working behind the same brief and creative idea.”

McDonald’s has a history of being fiercely loyal and supportive to its agencies and believes that effective, consistent work comes from strong, long-term relationships.

As such, a full-blown review seems unlikely. But as one source points out, new McDonald’s chief executive Steve Easterbrook and head of marketing Dominic Rowell are aware of the issues facing them in the UK, and it would make sense to use all marketing resources available to them.