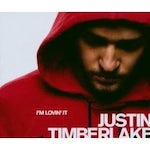 The fast food chain’s global chief marketing officer, Mary Dillon, says while it is not planning to scrap the brand idea, it is reviewing how it can be updated in a bid to make it “even stronger and more relevant”.

“Because of the highly competitive nature of marketing we keep our plans confidential.  However, we are confident that ‘i’m lovin’ it’, and the brand promise that comes with it, will continue to connect with customers,” she says.

It is believed that McDonald’s is speaking with its rostered global agencies to come up with the next instalment of the campaign.

The “I’m Lovin’ It” global brand messaging first launched in September 2003 in ads fronted by US pop star Justin Timberlake. The first five TV spots were created by Heye & Partners in Germany, part of DDB.

The ads were then adapted in local markets by the fast food chain’s agencies DDB and Leo Burnett. The campaign was also shot in 12 languages in a number of locations around the world.

Timberlake was subsequently replaced by US soul group Destiny’s Child.