The fast food chain revealed European like-for-like sales for the three months to 31 December rose 1 per cent, in comparison to the 0.2 per cent it posted in the previous quarter.

The rise was driven by “strong” performances in the U.K., Russia and France where campaigns for new menu additions such as its McCafe range have gained cut-through with consumers.

To fuel the growth, McDonald’s says it will continue to put “emphasis” on its value menu and premium products, limited-time offers as well as expand its breakfast offering. In the UK, the business is working on several strategies spanning its digital services, in-store additions and celebrations for its 40th anniversary.

Jill McDonald, chief executive of McDonald’s UK, said the region performed “strongly” in a year where the horse meat scandal “cast a cloud over the food industry” and Britain experienced an “uncharacteristically hot summer”.

She adds: ““We are mindful that whilst the emerging shoots of economic recovery are encouraging, it’s still tough out there for our customers.  So as we look ahead, in 2014, we will continue to focus on providing great value and variety, as well as invest in our restaurants, our people and our menu, to ensure our customers enjoy a great experience every time they visit us and continue to appreciate the value we offer.

“As we continue building on strong and sustained momentum in the UK, we will also be preparing for an exciting landmark year at McDonald’s: in November, we will celebrate our 40th anniversary since opening our first UK restaurant.”

The investments come as restaurants such as Chipotle and Nando’s ramp up their efforts to appeal to more health conscious diners. Nando’s ran a campaign in 2013 to push its revamped loyalty card as part of wider push to drive more people into its restaurants.

Globally, McDonald’s saw sales rise just 0.1 per cent as its struggles on its home turf in the US stunted growth. The business has named Deborah Wahl as chief marketing officer of its USA division to lead its revival efforts.

Don Thompson, chief executive of McDonald’s, said the restaurant chain is “intent” on further differentiating the brand over the coming months.

He added: “While 2013 was a challenging year, we begin 2014 with a renewed focus on the global growth priorities that are most impactful to our customers. We are uniting consumer insights with innovation and consistent execution to optimise our menu, modernise the customer experience and broaden accessibility to brand McDonald’s.”

See an infographic of the ”fast casual” dining trend here.

If you have a great Retail case study from 2013 why not enter the Marketing Week Engage Awards? Find out more at www.marketingweekawards.co.uk 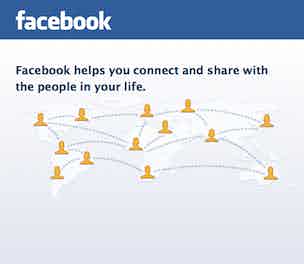 Facebook has made another update to its News Feed algorithm which will downgrade text-only posts from brand pages after testing showed users are more likely to engage with posts that contain links and images.