The restaurant is looking to personilsation and customisable burger experiences to spur its nascent digital strategy in key markets such as the US and Europe. Limited testing will take place throughout the remainder of the year ahead of further pilots in 2015.

McDonald’s has created a “learning lab” in the US where consumers can select from various bun, cheese and topping combinations by swiping away on a tablet at the counter. While customisation is nothing new to fast food, the business sees it as a way of wooing customers who have turned away to the likes of Nando’s and Subway.

Don Thompson, chief executive and president of McDonald’s, says: “In the area of menu customisation and personalisation our initial efforts focus on delivering the best burger experience to our customers.”

The company already plans to sell crowd-sourced burgers in the UK as part of a competition being run across 1,200 restaurants. Similar “burger builder” initiatives have been running across Europe as well as in the US since the turn of the year. The personalisation push also extends to the social space where McDonald’s is working with Facebook to serve more relevant content at scale across the network.

“It’s about creating an engaging experience which addresses all elements of customer sensory perceptions and leverages the investments that we already made in technology, reimaging our physical plans and digital to create a more personalized memorable experience that our customers will feel good about”, adds Thompson.

McDonald’s is also focusing on other areas of the digital mix in the coming months, leveraging learnings from France and Australia to hone its ecommerce strategies in markets including the US, Sweden and the UK.

The digital bets stem from the company’s need for better marketing effectiveness. It has voiced concerns it is not getting the awareness or reach needed in various critical markets. In some territories this means bringing in new leadership changes or agency partners, the business said. While in other areas, a stronger emotional bond with customers is more appropriate to lift performances.

“We are taking actions to reestablish our marketing leadership position globally”, adds Thompson. “We’ve had some other leadership personnel changes in some of the markets. So we believe we are moving forward urgently and aggressively but we are also doing it in a way that will have some longstanding impact.”

The need for stronger marketing was brought into sharp focus by the company’s quarterly results, which missed analysts’ expectations. Revenues increased 1.4 per cent year-on-year to $7.4bn (£4.3bn) in the three months to June as ongoing struggles in its US homeland stunted growth. Europe, which has been one of the company’s top performing regions of late, registered a surprise 1 per cent drop in like-for-like sales, partly hampered by its weak Russia and Germany markets.

It is hoped upcoming changes reverse the marketing wrongs made during the economic downturn, when the restaurant focused on short-term initiatives to maintain margins at the expense of brand building. 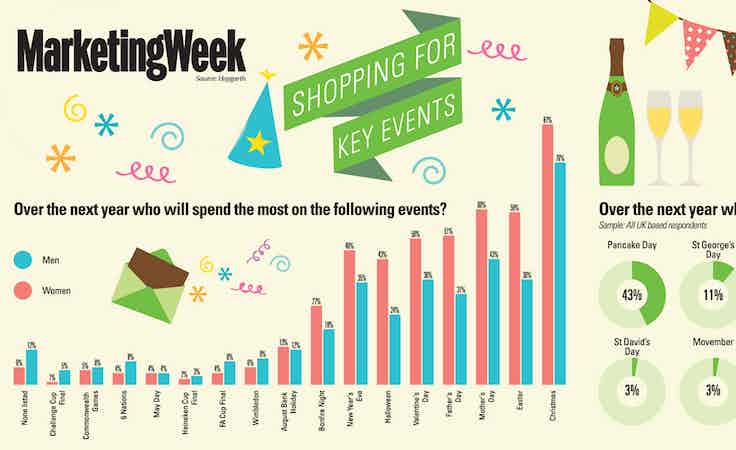 View the full-size infographic. Brands could be missing out on big sales opportunities by failing to take advantage of key cultural events throughout the year, new research suggests.

My boss has a new office. By that I mean his room has been redecorated, in the corner of the floor on which he and his entourage sit.