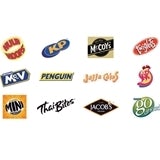 United Biscuits is launching a major sub-brand called McVitie’s Fruitsters as part of a strategy to stem declining sales of everyday biscuits with better-for-you products.

It is understood it will be backed by a &£2m advertising campaign that will include television ads. The launch will be seen as an attempt to counter the current obesity crisis.

The new range, which will be launched later this year, aims to offer consumers a range of biscuits that contain real fruit, whole grains and nuts as an everyday alternative to the healthy alternative range, Go Ahead!

The Fruitsters range, which will have a number of variants including blueberry and oat and cranberry and almond, is a key launch for United Biscuits, and is understood to be the first of a large number of planned better-for-you product launches.

An industry insider says the range aims to offer consumers biscuits that contain naturally healthy ingredients and taste good. She says that the range is not as healthy as Go Ahead! but it “tastes far better”.

The launches in United Biscuits’ biscuits portfolio come after a major push for its KP Foods brand earlier this year. It launched a number of savoury snacks under the Go Ahead! brand as well as reducing salt in its core Hula Hoops range (MW October 20, 2005).

The everyday biscuit category has been squeezed in recent years by conflicting consumer demand for healthier ranges and indulgence products. McVitie’s is also launching Hob Nob Creams later this year into the indulgence market and it has already launched premium range, Moments.