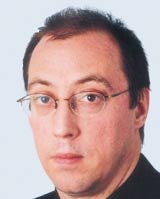 Media agencies have complained that draft undertakings from Carlton and Granada – encompassing behavioural remedies designed to place a check on ITV plc’s dominance of the television advertising market – are full of “loopholes”.

The draft undertakings, which include details of the controversial contracts rights renewal (CRR) remedy were published for the first time on Monday, by the Office of Fair Trading on its website. So far, advertisers, media agencies and media owners have been liaising with Ofcom and the Independent Television Commission to discuss the proposed workings of the CRR remedy.

Now they have the opportunity to raise their concerns directly with the OFT on the content of the undertakings that Carlton and Granada have to give before the merger can go ahead.

Starcom MediaVest chairman Jim Marshall, who is also chairman of the Institute of Practitioners in Advertising’s Media Futures Group, says: “The one thing that is absolutely certain for me is that you can identify page after page of loopholes.”

The Incorporated Society of British Advertisers welcomed the consultation on the wording of the draft undertakings in a statement saying: “It provides ISBA with the opportunity to scrutinise the undertakings at first hand and to put views on them to the OFT directly.”

It also notes that the consultation period, which ends next Monday (November 3), is “short”, but that this was determined by the pre-existing deadline for Carlton and Granada to agree the undertakings with the OFT by November 7.