Agencies were concerned about the ability of the service to attract sufficient content and the cost for advertisers in comparison with cost-per-thousand rates on competitor sites, such as YouTube and MSN Video, and terrestrial broadcaster sites.

The catch-up service will launch in full on 1 March with a raft of commercial partners including Diageo brands Guinness and Smirnoff, Weetabix, Sainsbury’s and Kraft Food brands.

Video Initiatives is handling sales for Seesaw, but will only represent BBC Worldwide inventory, while Channel 4 and Five inventory will be handled by the respective broadcasters themselves.

Further content deals are expected, but whether the service will be rolled out across platforms other than online, such as games consoles and hand-held web-enabled devices, is yet to be announced.

Derek Luddem, digital strategy director at media agency PHD, said that even though the site is in beta and has started with a strong set of content partners, advertisers will have to see an expansion of content. “It’ll live or die on the amount of content it gets and how that stacks up against the competition,” he said.

This was echoed by Brian McGee, business director at Mindshare, who hasn’t put any clients forward for the beta or full service launch but said he was watching the progress of the fledgling site with interest and would not rule out placing the agency’s brands on SeeSaw. He said higher pricing had been an issue when considering SeeSaw as a platform, as well as the complication caused by having to book BBC Worldwide, Channel 4 and Five inventory through different sales houses.

“The problem we have with it is that Channel 4 will be selling its own airtime as will Five,” McGee said. “The only inventory SeeSaw [through Video Initiatives] will be selling is BBC Worldwide content.”

He said cost concerns were one of the reasons he hadn’t signed Mindshare clients to the launch, but that negotiations continued. “We won’t be signed up as launch partners because the way SeeSaw has been pricing the service is out of kilter with the rest of the market,” he said.

SeeSaw commercial director Matt Rennie countered these claims and said the reception from the media buying community had been favourable. “We’ve built a premium destination where advertisers can reach TV lovers in a brand-friendly environment,” he said.

However, some media buyers questioned the brand’s position within what is becoming a crowded market, with competition from Google-owned streaming giant YouTube and MSN Video. The arrival in the UK of US online TV service Hulu is also still possible.

Alex Tait, digital sales and marketing manager at the Post Office and chair of the ISBA Digital Action Group, said that despite the high-profile launch of SeeSaw, advertisers are yet to be convinced of the validity of the video-on-demand offering. “It’s an opportunity but it’s not quite on the advertiser’s schedules,” he said. “Obviously it’ll grow this year and potentially it’s a new marketplace, but I don’t think it’ll be highly used by advertisers at the moment.”

Keith Welling, broadcast account director at Universal McCann, said, “There are so many people in this market. Judging who’s going to be the winner is very difficult. It’s certainly going to be the one with the best content, a good video player and that gets known quickly.”

However, he insisted that should SeeSaw meet content targets, it could be a formidable presence. “We’re expecting deals from companies such as Endemol, so hopefully at launch SeeSaw will have more content than is currently available — an estimated 4,500 hours, which isn’t actually that much. To keep people coming back for more, you need to have real breadth of content,” said Welling.

“Given the numbers I’ve heard relating to what it can spend, I would expect SeeSaw to have decent content. By the launch date of 1 March, I’m sure it’ll have an improved offering,” he added.

Rennie said that there were many more content deals to be struck with providers and that some were at a “very advanced” stage. He added, “We continue to add to the depth of our content offering and with the further increased functionality we’re developing, the appeal of SeeSaw is only going to grow.”

This stroy first appeared on newmediaage.co.uk 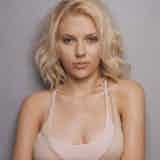 Breakthrough Breast Cancer has launched a new social media campaign called “Too Many Women”, to raise over £1m for the charity, backed by celebrities including Gwyneth Paltrow and Scarlett Johansson.

Kingfisher is looking to challenge Cobra Beer as the lager to drink with Indian food.

Alberto Culver, the US beauty business that bought the Simple brand last year, is launching a global review of its creative and media agencies, according to US reports.