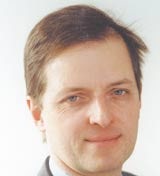 There are many implications for the thousands of motorists who will be blitzed by the &£5 daily charge for driving into central London that Mayor Ken Livingstone will introduce on February 17. But it is not just commuters in the South-east who will be affected: there are implications for advertisers and their communications and media planners too.

According to Transport for London(TfL), 20,000 people a day will shift from using their cars to public transport. The majority of these will take to buses and a small minority will switch to the Tube. But I believe that figure is very conservative: there can’t be too many people willing to stump up what may be an extra &£1,000 a year in travel costs.

In any event, it’s almost certain that public transport will become a more important route for advertisers wanting to target commuters. Of the 1 million people each day who enter the central zone, 85 per cent already travel this way. Three hundred and fifty shiny new buses will be introduced in the capital, along with ten bus routes reverting to double-deckers, to cope with the expected increase in commuter flow.

The rail networks will surely feel the heat from people abandoning their cars, as more seek to reach the capital by rail, but on the positive side, station poster sites should be more appealing to advertisers as their reach increases. Newspaper readership is also likely to receive a much-needed boost as a result of rising train passenger numbers, while in-car radio listening is bound to dip. The drive-time peak could even flatten if drivers decide to beat the 7am to 6.30pm curfew.

Consider, too, the effect of creating a no-go zone south of Marylebone Road and east of Park Lane. Effectively, Livingstone will be exporting the congestion problem from the centre of London to a new inner-city ringroad thronged with traffic desperate to skirt the pay-zone. Will advertising on bus shelters and building sides placed on those routes double in price as a result? Perhaps they should, for as traffic speeds up in the centre, around the fringes it’s likely to slow down.

I have five more predictions to make arising from Mayor Livingstone’s congestion charge. First, that more commuters will drive to areas near the more outlying Tube stations and continue their journeys under ground, putting pressure on available residents’ parking. Second, that Tower Bridge, also on the rim of the pay-zone, will grind to a standstill. Third, that central London retailers will lose business to edge-of-town shopping centres. Fourth, that the Tube will continue its relentless passenger journey growth well beyond the six per cent a year it has “enjoyed” over the past five years. And finally, that bus interior panels will be the new most popular way for advertisers to target affluent City workers; but then I would say that wouldn’t I?