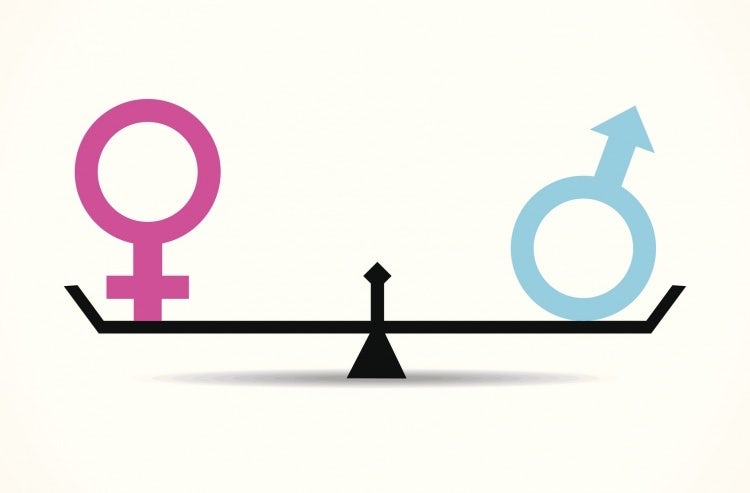 At the moment, women are poorly represented on corporate boards, hold less than a fifth of senior roles at UK companies, and experience an average gender pay gap of 14%. Marketing Week’s Career and Salary Survey 2018 reveals that women in the marketing industry earn less than male marketers in every sector and in every role, except that of marketing assistant. It is clear that companies have work to do to embed diversity and inclusion into the heart of their businesses.

Here’s what the panellists – as well as marketers from a range of sectors – think needs to be put in place to close the workplace gender gap.

Tanwa Edu, CMO at Culture Whisper, highlights confidence as the central obstacle to gender parity in the workplace: “Women lack confidence to believe that they are worth the salaries that they get, to believe that they can strive to be promoted to the job [they want],” she observes. “It is about empowering and giving women the confidence – the more we can do that in the industry the better.”

It is really important to break these barriers down, Plumb says, highlighting the part the confidence gap plays in holding women back. “There is a definite shift that needs to happen within the creative sector in terms of women feeling that they are supported. It is important to allow people to have their own space to be who they want to be and feel comfortable about how they are developing.”

“Having senior role models has helped women grow within Centaur, where previously there were very few senior women,” she says. “Four of our six board members and over 50% of our senior leadership team are female.”

Having a mentor can be instrumental for some women in shaping their place and their future in the workplace. The mentor can help boost confidence, open up networks and give strategic insight to the mentee.

“It is really important to be able to have a confidential sounding board and a mentor can really help provide that for you,” said Plumb. “Having a support network can be really important to help with all manner of things from career progression to stress that you are dealing with and just general advice.”

Anna Hill, CMO for UK, Ireland & Nordics at The Walt Disney Company, underlines the importance of having the right processes in place to recognise, develop and reward female talent.

“In general, the media and marketing industries represent women very well but of course there’s always room for improvement,” she states. “All organisations would benefit from more mentoring and sponsorship of high-potential female employees to help them with getting the experience and visibility that positions them for senior roles.”

The contribution of men

Of course, men must play a role in promoting women’s success too. “It’s only when I had a daughter it became a visceral personal reaction for me,” says Media iQ president Richard Dunmall. “I just want her to have the best shot at being successful, the same choices as anyone else, and I’m not sure that’s the case in society right now.”

Men in the industry play a critical part in embedding gender parity and without them being integral to the conversation nothing will change. “Men play a pretty crucial role because without them you only have 50% of humans behind you,” observes Ruth Mortimer, managing partner at Econsultancy.

“There are broadly three types: men who are sexist, men who haven’t noticed [gender inequality] and men who are really pushing and advocating for women – and those are the kind of men who you want to have in your organisation.”

If women are leaving a business in disproportionate numbers or the pipeline of female talent is not available, there could be a culture problem that needs fixing. Jenny Varley, global head of digital communications at HSBC, argues that creating an environment where women can thrive at work might mean subverting the culture of organisations to allow for changes such as flexible working.

“It is really important to be mindful of the pressures outside work and openly acknowledge them,” says Varley. “And also, the disproportionate duties that a woman has when it comes to caring and having to take a career break.”

Meaningful transformation will happen when companies accept and are willing to change the way work works. Starting the change needs to be a strategic process that starts with data.

“You need to hold a mirror up to the organisation in terms of: Where are we at? How are we faring as an organisation? What programmes do we have in place?” says Varley. “From that you have actionable insight for where you go next.”

It is clear that there is now a greater awareness in the industry about the challenges it faces. It needs to eliminate blind spots on company boards as well as pay gaps. It needs to redesign working environments to enable a woman to juggle her career and family. It needs to focus on developing female talent.

We might not have a level playing field yet but we do have some strong foundations in place. Women and men across industries are stepping up the pressure for gender parity while corporate culture is beginning to understand its true relevance and financial reward. In the meantime, individuals can focus their own efforts.

“It is your craft that speaks, not your colour or your gender,” says Greaves. “It was that attitude that gave me the drive to push forward.”

“These issues are so big and so important and we look to big organisations to solve them,” comments Helen Tupper, commercial marketing director at Microsoft. “They definitely do need to work at that level, but while that is going on there is accountability we can all take as individuals or hiring managers; things like getting mentors, eliminating gender-biased language from job descriptions and being a role model.”

Find out how WiQ is championing equality, inclusivity and greater female representation in media and tech.

This article was updated on 8 March.